Britain has a “golden opportunity” to switch to greener ways of providing energy to homes and businesses without increasing bills – but only if Ministers act now to make the most of it.

Chairman Sir John Armitt said it has long been assumed that a switch to greener sources for the country’s energy needs would mean a hit on people’s pockets – but analysis for the Commission shows this would not necessarily be the case.

In fact, making this switch towards low-carbon and renewable sources for both the country’s power and heating, combined with a move towards electric vehicles, would mean the customer of 2050 would pay the same in real terms for their energy as today.

But he warned this will only be possible if the right decisions are taken now by government. These include continuing to invest in low cost renewable technologies, such as wind and solar, so that these provide at least half the country’s generating capacity by 2030, as well as ramping up efforts to improve the energy efficiency of the UK’s buildings and enabling a rapid switch to electric vehicles.

The National Infrastructure Assessment also warns that the Government will need to take steps to find low-carbon alternatives to oil and gas for heating homes and businesses.

Ten years ago, it seemed almost impossible for the UK to move towards being powered mainly by renewable energy sources such as solar and wind power in an affordable and secure way – today’s Assessment calls for a focus on identifying value-for-money ways to reduce emissions from heating.

“Whether for cooking, lighting, keeping homes warm or electric cars on the road, where the UK’s energy comes from will need to change radically over the coming decades if the UK is to meet its legally-binding climate change targets,” said Mr Armitt.

“If we act now we have a golden opportunity to make our country greener, and protect the money in the pockets of consumers long into the future – something few of us expected to be able to do.

“Ministers can seize this chance by investing in renewables and other low-carbon technologies so they become the main players in our energy system – something that was considered a pipedream as little as a decade ago. But they need to act now to realise the full potential of what can be achieved.”

Established in 2015, the National Infrastructure Commission is an independent body tasked with providing clear advice to the Government on how best to meet the country’s long-term infrastructure needs. 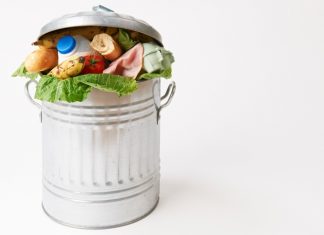