Morrisons, the Bradford-headquartered supermarket chain, has made several strategic appointments as it strengthens its senior team.

Trevor Strain has been appointed as Chief Operating Officer, whilst Michael Gleeson has been promoted to Chief Financial Officer.

In his new role, he will continue to report to Chief Executive David Potts, with responsibilities including commercial, manufacturing, supply chain, logistics, operations development, online and wholesale.

He is currently serving as Trading Director responsible for ambient grocery, frozen, dairy, fuel and services, a role he has held since 2017.

Until his appointment takes effect on the 3 February, he will continue in his capacity as Group Finance Director reporting to Mr Strain.

“These two appointments are a result of strong management development plans at Morrisons and I am delighted that we are promoting two highly capable colleagues from within the team. I look forward to continuing to work closely with both of them,” said Mr Potts.

“Trevor is a proven and outstanding business leader who has played a pivotal role in the ongoing Morrisons turnaround.

“Michael has extensive financial, commercial and retail experience, together with a first-class track record, and his appointment will further strengthen the executive team.

“Together, and as part of the wider Morrisons team, we will continue to build a broader, stronger Morrisons.” 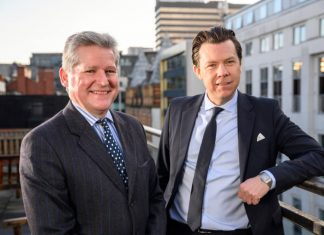