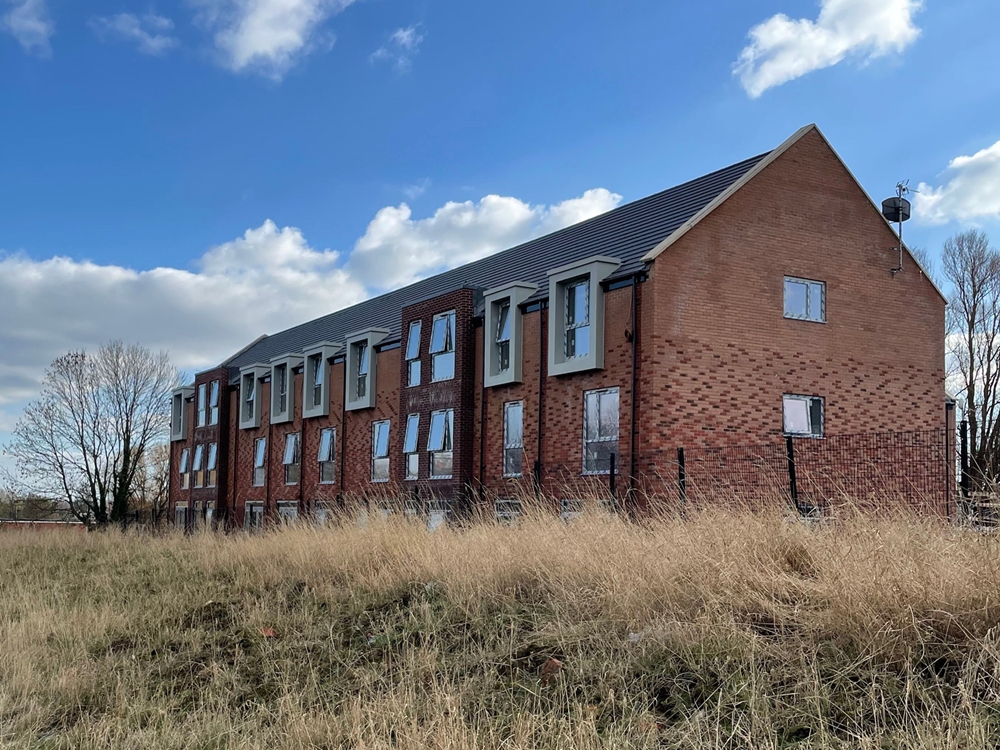 A Leeds homeless charity that is celebrating its 90th anniversary believes it could have a blueprint to tackle housing vulnerability in the city, as it prepares to unveil a new homes development specifically designed for people who find themselves in precarious housing situations.

St George’s Crypt’s purpose-built development will consist of 24, one and two bedroom, apartments on Hedley Chase in New Wortley.

Designed by Leeds-based Brewster Bye Architects, the scheme has been developed in partnership with Leeds City Council, which is providing low-cost loan facilities as well as financing 30% of the capital costs through its Right to Buy Replacement Programme.

Property industry charity, LandAid, which works to end youth homelessness in the UK, has also provided a £75,000 grant for the development.

Vistry Partnerships Yorkshire is the principal contractor and work is due to complete by early June. The development, named Don Robins House, after the priest who established St George’s Crypt in 1930 when he transformed the Crypt beneath St George’s Church in Leeds into a kitchen and shelter for those in need, will then welcome its first residents.

This supported setting will include two homes specifically for people under the age of 25, supporting some of the most vulnerable young people in Leeds. Residents will be allotted properties based on need and personal circumstance, with tenancy agreements designed to promote independence and engagement.

Don Robins House will be St George’s Crypt’s second purpose-built development following the completion of Regent Lodge in Hyde Park near Headingley in 2019, also designed by Brewster Bye. The scheme, which was another first for Leeds, is now supporting 14 residents with alcohol dependency issues on the slow road to recovery.

Chris Fields, CEO at St George’s Crypt, said: “This is an important year for St George’s Crypt because we have been the frontline of support for homeless, disadvantaged and vulnerable people in Leeds and its surrounding areas for 90 years.

“In that time, we have always been there for the city’s homeless community and to now be in a position where we can offer homes to people, as they prepare to live independently, shows how far we have progressed as an organisation.”

Chris added: “Don Robins House will be the final chapter for people who are turning their lives around and we couldn’t have done it without the support of Yorkshire’s property community.

“The advice from Brewster Bye Architects, city living specialist Jonathan Morgan and Joel Owen from the Joseph Rowntree Foundation, has been invaluable. In addition, the financial support and extended help from Crypt Factor, the annual charity singing competition, which the region’s property industry hosts and attends each year has also made a big difference.

“With this continued support, we’re now hoping to explore further development opportunities in and around Leeds, which could help put an end to homelessness once and for all.”

“We’re already seeing the difference that Regent Lodge is making, and this latest development will take the support the charity can offer to the next level, by offering people a genuine home, as they immerse themselves back into mainstream society.”