Ms Keshet is the third senior appointment made by the BME housing association since the autumn, following Nas Hussain as Community Partnerships and Investment Manager, and Matthew Hayes as IT Manager.

Originally from Canada, Ms Keshet joins MHA on a permanent basis after choosing to undertake interim roles in recent years.

These include Head of Financial Planning at Beyond Housing, one of the leading housing providers in the North-East of England which manages 15,000 homes across Redcar and Cleveland, and North Yorkshire.

Lee Bloomfield, who will enter his third year as MHA Chief Executive in 2020, said: “It was a rigorous recruitment process and Shendi’s qualities shone through.

“A year on from having our financial viability grading increased to the highest level by the Regulator of Social Housing, we are in a great place with ambitious plans.

“The Director of Finance and Resources post is newly-configured as we seek to turn both our Growth Strategy and Corporate Strategy into realities. Shendi ticks every box and is a first-class hire for MHA.” 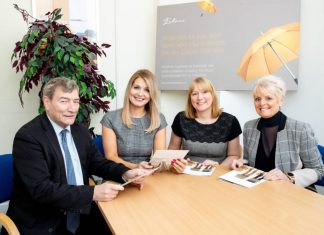