A building and property consultancy headquartered in Yorkshire has appointed a new Managing Director.

Mr Hampshire, a fellow of the RICS and Chartered Association of Building Engineers, joined the company as a building and architectural technician when it was Lightly & Lightly, in 1986.

He became a partner of Lightly & Lightly in 1998 and Finance Director of LHL Group in 2005 after helping broker a merger with Doncaster-based Hawley & Partners that doubled the size of the business.

He has also been company secretary and director of the LHL Group Harrogate and Hull offices.

Projects he has worked on include supporting the redevelopment of Thorp Arch Estate, near Wetherby; the adaptation of the Knavesmire School to what was then York College of Law and being project manager and part of a team, led by developer Northminster, which won the top national residential award at the 2017 RICS Awards Grand Final, for the transformation of Clementhorpe Maltings, a former derelict maltings house, into homes. 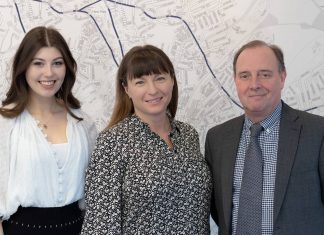