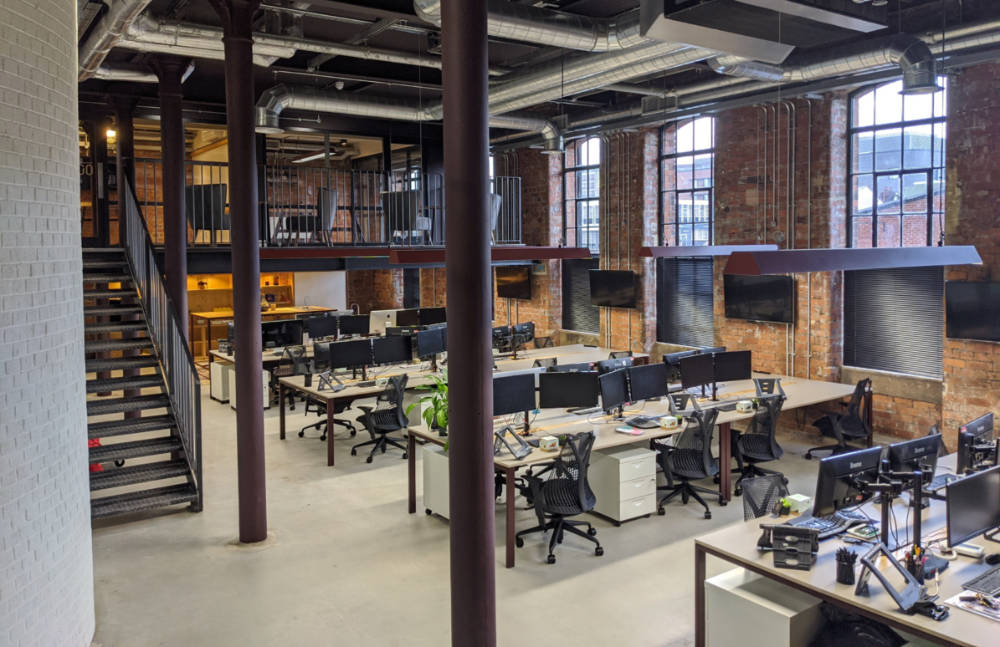 A Sheffield tech firm that started out in a spare bedroom ten years ago is moving its HQ to the city’s Cultural Industries Quarter.

Razor was founded in 2009 by entrepreneurs Jamie Hinton and Steve Trotter and is now an official Microsoft Gold Partner, delivering IT solutions for business of varying size.

The firm has now relocated from The Workstation on Paternoster Row – where it has been based since 2014 – to become the latest commercial tenant at Speedwell Works on Sidney Street, part of City Estates’ Alsop Fields development.

The company says the move to its new headquarters at Speedwell Works will ‘complement the business’s plans for further expansion.

“We’ve experienced a very high rate of growth in the last five years and needed a space which would suit our plans for further expansion,” said Head of Operations, Katy Hinton.

“When the business was first formed back in 2009, we’d never have thought it would grow at the rate it has in the last few years – but the journey we’ve been on to get here has been incredible.

“We’re delighted at the chance to take up space at Speedwell Works, which is a testament to how far Razor has come.”

Filtronic, the AIM-listed Shipley-based electronics manufacturer, has reported a rise in revenue in full-year results released this week. For the year ended 31 May 2020,...
Read more

Plans for a major tourism destination on a Lincolnshire golf course will deliver a significant boost to the region’s local economy and tourist sector,...
Read more