New train franchises kick in to signal start of investment 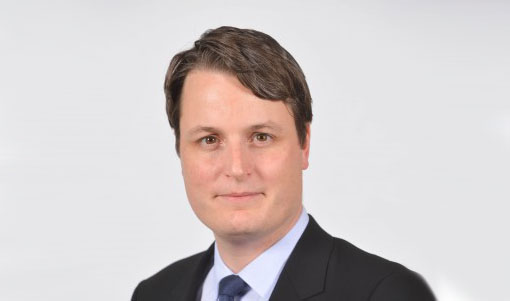 New train franchises came into operation in the North of England on Friday, marking the start of a £1.2bn investment programme across the region and greater local control.

Representatives from Rail North and the two train operating companies, Arriva Rail North Ltd and First Group, are being joined by Andrew Jones MP, Parliamentary Under Secretary of State for Transport, at Manchester’s Piccadilly Station this morning to welcome a new era for rail passengers across the North.

Under a ground-breaking devolution agreement, the two new franchises will be co-managed by the Department for Transport and Rail North Ltd, which brings together representatives from 29 local transport authorities from across the region through the Rail North Partnership.

New Northern operator Arriva Rail North Ltd and First TransPennine Express Ltd owner First Group will provide much-needed brand new, state-of-the-art trains – which will cost more than £800m – with the addition of more than 500 new carriages. In doing so, Northern will remove the out-dated and unpopular Pacer trains by 2019 and by the same year, the entire TransPennine fleet will be brought up to Intercity standards.

Over the next four years, the franchises will bring more than 140 new trains onto the network, providing space for 40,000 extra passengers at the busiest times of the day as well as adding a much needed increase in service frequency at off-peak times. Facilities at over 400 stations across the North will also be improved.

“Our new joint management of the franchises with Rail North, coupled with our commitment to spend a record £13 billion on transport in the North by 2020, will bring the Northern Powerhouse to life and help the region to realise its full economic potential.”

Sir Richard Leese, Chair of the Association of Rail North Partner Authorities, said: “Today marks the start of better rail services for the North and of much greater local control over the development of these services.

“Passengers and businesses told us that they wanted less crowded trains, faster and more frequent services that start earlier and finish later, and more opportunities to travel on Sundays.

“The new Northern and TransPennine Express franchises will exceed these requirements. The unpopular Pacer railbuses will be consigned to the scrapheap by October 2019 and more than 500 brand new carriages will be brought into service together with a substantial investment in station improvements and a real focus on involving local communities in the railway.

“These new franchises tangibly demonstrate the real benefit of devolution of power to the North. Rail North Limited played a key role in specifying tender requirements and evaluating bids leading to the award of the franchises. They will now be responsible through the Rail North / DfT Partnership team for the management and development of services from their office in Leeds.

“Rail North Limited will continue to work very closely with Transport for the North to drive forward economic growth, by developing visionary proposals to deliver radically improved connectivity across the North.”

Leo Goodwin, pictured, MD of TransPennine Express, said: “We are excited to begin this new rail franchise and work alongside Rail North to oversee a £500 million investment in our rail services in the North and Scotland.

“Over the next four years the TransPennine Express franchise will re-imagine the customer experience at every stage of our service and help bring the towns and cities of the North closer together.”

“Today is the day we begin to deliver our plans for the exciting next phase of Northern and each and every one of the team is focussed and determined to deliver for customers.

“Investment is exactly what customers wanted and we are looking forward to achieving major improvements before the end of the decade.”

Competition for jobs has intensified as the lockdown eased with applications rising by 32% in June, according to a new market report. The report, from...
Read more