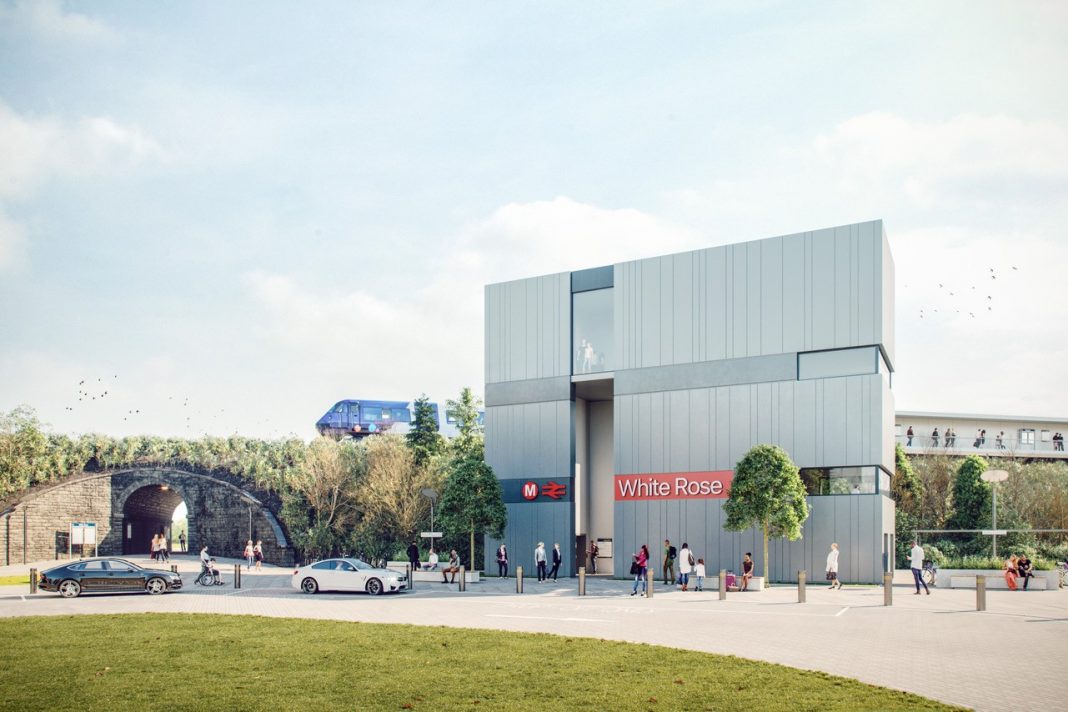 The new White Rose Railway Station will be a “game-changer” for the adjacent White Rose Park in Leeds, according to Eamon Fox of property consultancy Knight Frank.

Mr Fox, partner and head of office agency with Knight Frank in Leeds, was speaking in the wake of the Government’s announcement of £300m of investment to make train journeys between Leeds, York and Manchester more punctual and reliable.

The Government is aiming to create a transport network in the North that is “fit for the future.”

The investment announced includes £15m to help two new stations to be built on the outskirts of Leeds, one at White Rose on the Transpennine route and another at Thorpe Park, a parkway station on the Leeds to York section of the line.

In total the two stations will cost £55m to build, with the costs being met by sources including the Government’s Transforming Cities Fund, the Leeds Public Transport Investment Programme and private contributions.

Mr Fox said: “The White Rose Park is already flourishing, but the new station on site will be a game changer. The Government’s announcement is tremendous news for the office park and for the Leeds economy as a whole, radically improving connectivity in the south of the city.

“It is hoped that the station will give better opportunities for people to access jobs at the White Rose Park, White Rose Shopping Centre and Millshaw Industrial Estate, as well as optimising connections for local residents who wish to access Leeds City Centre and beyond.”

“The new station ticks very many boxes in the crucial and topical sustainability agenda. The investment in new rail infrastructure in the North will help the Government’s very public aim of reaching net carbon zero by 2050.

“We would like to thank Lloyds, our banking partner, and provider of the Green Loan that is helping us reach our environmental ambitions, which are very much in tune with the Government’s. This mass transit infrastructure project is a great example of sustainability in action.

“The station project is a partnership between Munroe K and the West Yorkshire Combined Authority, and was first proposed in 2018. The White Rose Railway Station is part of the Government’s Project SPEED and we hope to see the first passengers using the new station in September 2022.”

Transport Minister Andrew Stephenson said: “Additional investment into the Transpennine Route Upgrade will cut delays and create a more punctual network, with electrification helping deliver greener journeys on this key route. Only by investing in, modernising and expanding our railways can we provide passengers with the reliable and resilient services they expect, and create a transport network that is fit for the future.”

Henri Murison, director of the Northern Powerhouse Partnership, said: “This continuing investment in rail connectivity here in the North should help to tackle our long-standing problems with unreliable services and constrained capacity. We need to do more to close the distance between our great Northern cities, bringing people closer to jobs and businesses closer to workers.

“White Rose and Thorpe Park are both critical local station schemes, and will bring local people across wider areas closer to jobs in Leeds. Next we need to see the new Leeds Bradford Airport parkway station, reducing emissions and congestion from cars travelling to and from the new replacement terminal once built.”

James Lewis, leader of Leeds City Council, said: “The White Rose and Thorpe Park stations will make a big difference to the lives of people in the city by delivering enhanced links to these two areas of employment growth. They will also play a part in our efforts to tackle the climate emergency by helping take cars off the road, which will in turn improve air quality and reduce carbon emissions.”