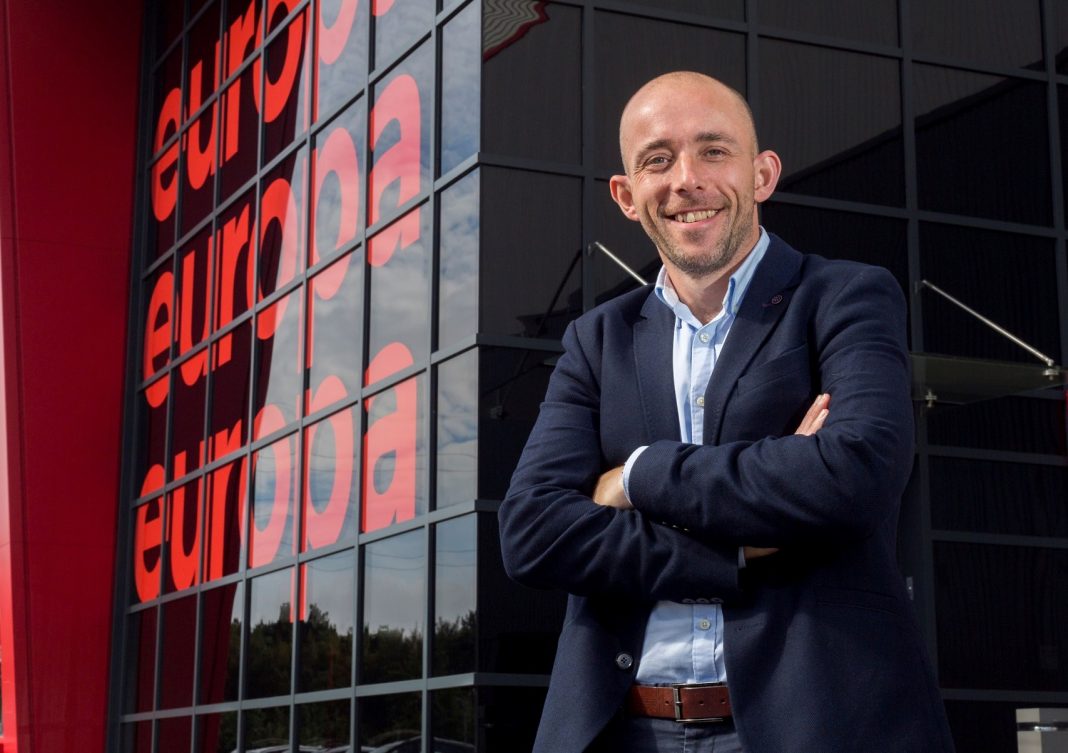 Yorkshireman Adrian Redmile is based mainly at Europa’s Sheffield branch on Broadfield Close – which was opened in 2018, as part of Europa’s strategic growth plan, expanding its Northern network and ensuring it had a presence in all UK regions.

From an operation with 450 staff and a turnover of £76m when it was acquired in 2013, Europa now has over 1100 staff, six divisions and last financial year showed another 16.5 per cent growth with a record turnover of £205 million.  In the past 18 months Europa has launched a unique European road freight customs product, Europa Flow and unveiled a £60m state-of-the-art 3pl facility in Corby.

Adrian Redmile has 15 years experience in transport and logistics is now responsible for sales at Europa Road – Europa’s road freight services offering import and export across Europe.  His plan is to increase his sales team by 60 per cent for the Kent headquartered logistics firm.

Adrian’s promotion comes at an exciting time for the business which has experienced continued success.  This year, Europa featured in The Sunday Times Profit Track 100, which ranks Britain’s 100 private companies with the fastest-growing profit, over their latest three years.  The promotion follows almost eight years with Europa where Adrian was previously Northern Regional Sales Manager managing seven local branches.

Adrian now leads a team of over 200 at 13 local branches (including sites in Sheffield, and Leeds) his ambition is to increase the head count on the sales team (Road Account Managers) by next spring.

It’s a dynamic time for road freight as Europa continues to grow and innovate in a sector which has been impacted by the likes of Brexit and Covid-19.  Europa Road’s network trunks into its Kent (Dartford) 1Hub, where freight connects with daily, direct services to 30 continental hubs, transporting over 45,000 consignments per month with over 2,000 collections and deliveries every day.

Europa Road has gone from strength to strength, during the pandemic it offered uninterrupted services. After an initial decrease in branch consignment levels the operation made a quick recovery and from mid-July/August began tracking above year-on-year consignment levels. Volumes continued to increase and by the end of 2020 a 15 per cent increase in consignments was achieved.

This year, due to Europa’s innovative DDP solution to Brexit ‘Europa Flow’ consignment volumes have continued to grow significantly.

The last few years has been one of major investment and growth for Europa Road, the team increased its footprint by opening new branches in Sheffield, Nottingham, Leeds (Wakefield) and Belfast as well as launching a dedicated freight forwarding team.   With the onset of Brexit Europa Road invested over £5m in a unique solution, Europa Flow – which successfully allows goods to move quickly and efficiently between the UK and EU with minimal delays.

Adrian Redmile, Branch Network and Sales Director at Europa Worldwide Group, said: “I’m delighted to be able to lead the growing Europa Road sales team.  Having local branch offices is an important part of our core strategy so that we have local teams, with local knowledge who can actively support our customers with their road freight requirements. There are lots of exciting things happening at Europa Road as we move into our next phase of growth.”

Andrew Baxter, Chief Executive Officer at Europa Worldwide Group, added. “I’m delighted to welcome Adrian to the Europa Board and pleased that we can recognise talent within the business with this promotion.   It’s a dynamic time in transport and logistics and I am excited about the accelerated growth predicted at Europa Road.”

Historic Westgate building to be restored