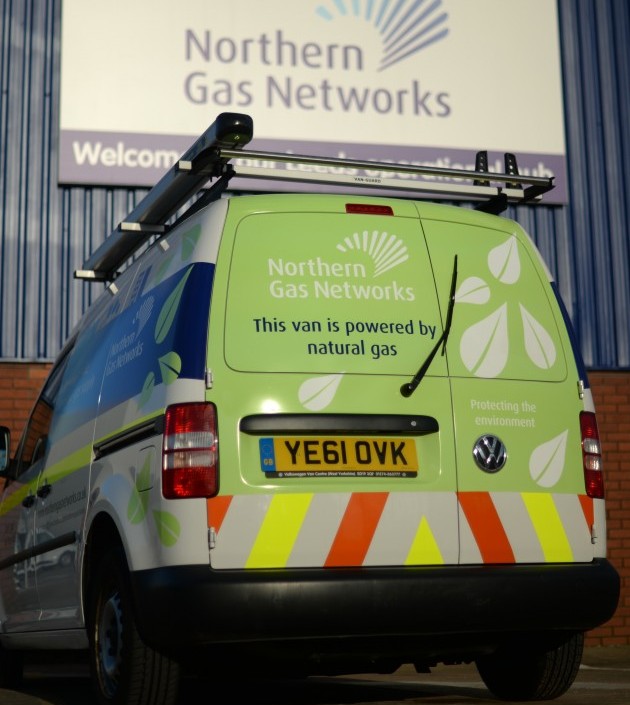 The first vehicle, a VW caddy, was introduced earlier this month in Leeds and a second van is due to arrive in May. The vans are being put through their paces to see how they perform in a variety of work scenarios.

Natural gas cuts particulate matter – which is very harmful to our health – by almost 100 per cent and nitrogen oxides by around 90 per cent. It also reduces carbon dioxide emissions by around a quarter.

Trent Mapp, fleet manager at NGN, said: “At Northern Gas Networks we want to play a key role in the future of gas by trialling new and imaginative projects that have the potential to help deliver a more sustainable future.

“New, sustainable forms of gas can be used for a range of purposes – heat homes, power vehicles and even run entire cities!  Although it’s early days, using natural gas to power vehicles presents an exciting prospect.”