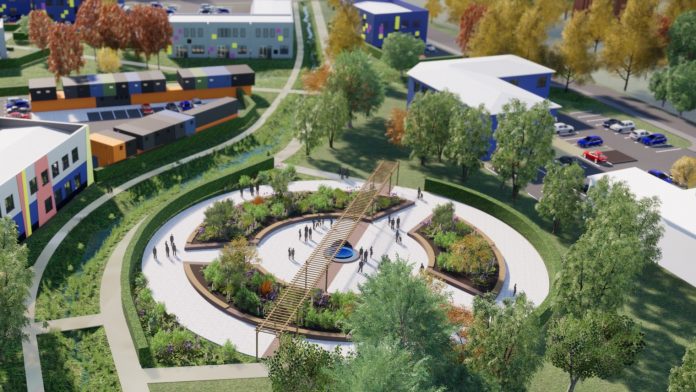 Multidisciplinary consultants Pegasus Group has been shortlisted for a regional planning award for its work on a creative hub at RAF Church Fenton.

On behalf of Makin Enterprises, Create Yorkshire is a scheme to deliver a major new creative hub including a film complex and production design offices on a 450-acre site at RAF Church Fenton in Leeds.

The scheme has been recognised in this year’s Royal Town Planning Institute North East Awards for Planning Excellence. The annual awards champion the very best examples of planning and planners in the region, demonstrate the positive impact planning has on the quality of life and celebrate professional expertise.

Create Yorkshire received unanimous backing from Selby District Council’s planning committee, and builds on the success of Church Fenton Studios and the content of the Council’s Economic Development Framework. It is set to deliver economic diversity and hundreds of new high-quality jobs.

Landowner Makin Enterprises sought a major creative digital and media hub as well as a permanent film and TV studio complex. The 750,000 sq ft development at the former RAF base to the east of Leeds, is already home to Yorkshire’s largest film studio and where parts of the hit TV drama Victoria are filmed.

Chris Calvert, Planning Director at Pegasus Group, said: “The site is already home to a major studio complex and a recent influx of small creative businesses and with this new development we expect it will eventually support nearly 2,000 high quality jobs in creative, digital and media sectors.

“The successful masterplan was developed through a multidisciplinary approach with Pegasus Group and Selby District Council coming together at strategic economic level to provide a framework for collaborative working.

“This is the second major award the scheme has been shortlisted for and we are delighted at the excitement and interest being generated by Create Yorkshire.”

Regional award winners will be announced at a dinner on Thursday 3rd October, with an overall winner automatically entered into the RTPI’s national awards in London. 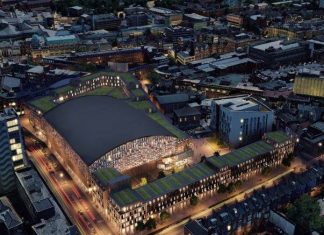 20th May 2020
Hull City Council has secured a grant from Homes England for Local Authority Accelerated Construction funding that will be used to support the creation...