A radical reshaping of financial advice services used by pension schemes for long-term investment strategies will benefit millions of savers and boost the nation’s £1.6 trillion retirement assets, under plans just unveiled by the government.

Opening up the market for financial advice services used by pension schemes will help trustees get better value for money, boost members’ retirement funds and reduce employers’ shortfalls, according to ministers.

A Competition and Markets Authority probe into investment strategy advice accessed by pension schemes found trustees were often denied clear information which would help them when weighing up options – hitting retirement incomes.

Now the government is acting to:

Guy Opperman, Minister for Pensions and Financial Inclusion said: “Changes we are proposing will have a positive impact on millions of people’s pension pots.

“We want trustees to be better equipped and engaged when accessing services which have a huge influence on decisions affecting how much their members will have to live on in retirement.”

The Department for Work and Pensions plans to consult on proposals later this year. 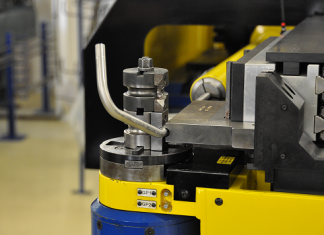 Tess Egginton - 25th February 2020
Lincolnshire-based SL Engineering, a supplier to some of the world’s most demanding fuel, hydraulic and other critical fluid conveyance applications, is aiming to double...