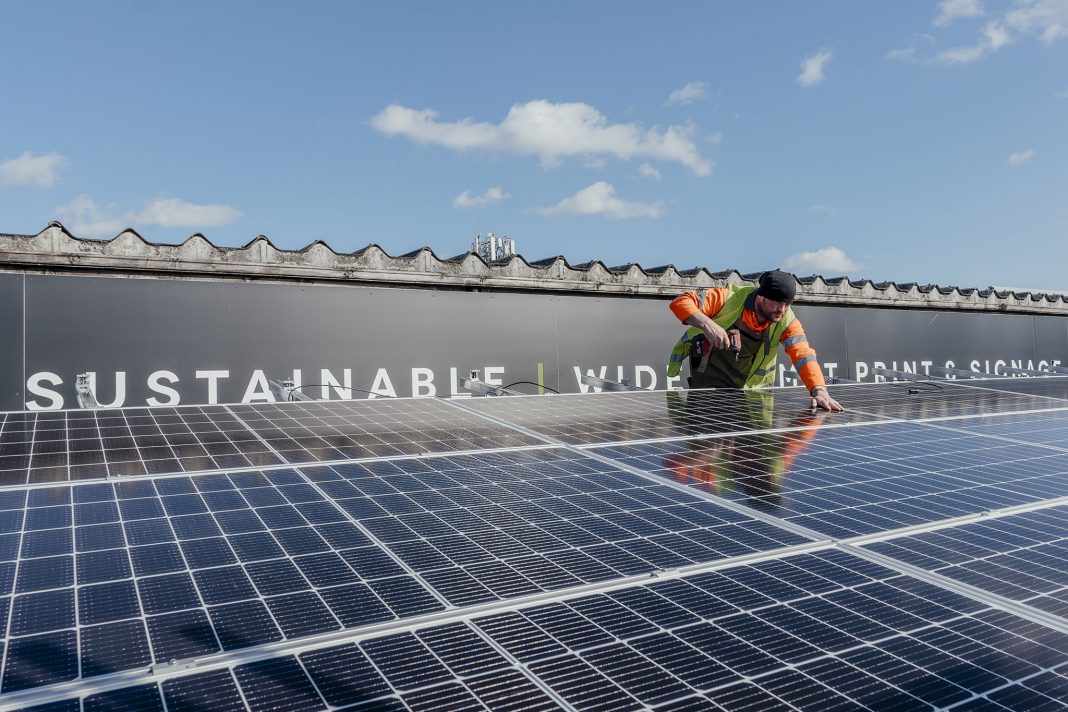 Leeds-based printing company Imageco has transformed its headquarters with a range of renewable energy solutions to reduce its carbon output by more than 43,000 kg per year, making it one of the most sustainable buildings in the city.

The firm has partnered with renewable energy company Planet-U Energy, also based in Leeds, to implement a range of sustainable solutions, including renewable energy procurement, Solar PV and Voltage Optimiser (VO) installations.

The partnership was formed when Nathan Swinson-Bullough, founder of Imageco, approached Planet-U Energy for help with both saving money on the firm’s electricity contract and the installation of renewable technology to further reduce the business’s carbon footprint.

Following a full site energy audit, Planet-U’s engineers then installed 84 tier one photovoltaic solar panels to the site’s roof space, which will generate an estimated £6,000 of renewable energy annually.

Planet-U also fitted a Voltage Optimiser, a technology that lowers excess voltage by regulating the incoming power supply, which provided a further £9,000 in annual savings.

In total, the solutions will generate savings of up to £225,000 over the next five years.

In addition to this, Imageco recently installed the UK’s first HP latex printer, which prints at a highly efficient rate, using water-based ink instead of potentially pollutant alternatives.

Discussing the firm’s transition to renewable energy solutions, Nathan said: “At Imageco, we understand the importance of sustainability so partnering with Planet-U made perfect sense. The technology of voltage optimisation and solar power will see us reduce our CO2 output to make us one of the most sustainable print companies in the industry.

“Not only is this benefiting the environment, but it is a great USP and a powerful marketing tool for us. Grant and the team are extremely proactive and understand our needs. I would recommend them to any sector that has sustainable energy goals.”

Grant Nicholson, CEO of Planet-U Energy, said: “Print and media is a huge industry in the UK, the fourth biggest in fact. With an industry of this size, outputs can be large and with this comes a big carbon output as well. Imageco was keen very early on to reduce its footprint and called on Planet-U to conduct an in-depth site audit which helped us identify the best ways to determine the annual carbon emissions of the site’s operations.

“The transition to Solar PV and Voltage Optimisation will prove a great move for Imageco in the long term, as it will help reduce the firm’s carbon footprint and move the business forward in line with the government’s new world-leading climate change targets, which pledge to slash emissions by 78% by 2035.”