The Chief Executive of one of the country’s most prominent BME-led housing associations has called on Boris Johnson to engage with the sector as part of the Government’s efforts to unite the country after Brexit.

Ali Akbor, who has headed Leeds-based Unity Homes and Enterprise since 1999 said the housing association sector was close to the diverse range of communities it serves and could assist Ministers in improving lives.

“The country has been through a particularly turbulent political period, starting with the 2016 EU referendum campaign.  With Brexit just a matter of days away, it is important that communities now come together in the manner the Prime Minister has stated,” he said.

“People want to believe that the brighter future they have been promised for themselves and their families will be delivered.

“This is not about party politics.  It is about our country and those who live here being the best they can be.

“It is clearly for the Government in general and the Prime Minister in particular to lead on this. But many others stand ready to assist them in this task, not least the housing association sector.”

Mr Akbor said the part played by BME housing associations could be especially pivotal. And he recalled the words of the former Housing Secretary, James Brokenshire, when he addressed a Parliamentary reception in 2018 which celebrated the work of BME associations.

“In his speech, Mr Brokenshire praised BME housing associations for our work in ‘promoting equality and diversity within the housing market’ and ‘helping build the strong, integrated communities that we all want to see’,” he said.

“And he told the gathering, ‘You confronted racial prejudice and discrimination head-on and Britain is a better country for it. You have also underlined our country’s values as a confident, tolerant democracy in which our diversity is one of our greatest strengths.’

“Mr Brokenshire won a lot of friends that day, not least because he extended a metaphorical hand by making clear that he wanted to work with us.  I was sorry to see him leave that post because there has been little evidence of Government Ministers reaching out to us since then.”

Mr Akbor said that a recent document produced by BME National, the representative body for BME housing associations in England, should be studied closely by relevant Ministers and their Whitehall officials.

It also commits BME housing associations to play their full part in addressing challenges faced by the communities they serve.

The Unity Chief Executive said: “Our country stands at something of a crossroads.  Brexit is going to happen and the heated arguments over what brought us to this point have to stop.  They should be replaced by grown-up discussions on where we go from here.

“Many of those who led the campaign for us to leave the European Union are now senior Government Ministers, including the Prime Minister himself.

“They promised us better, brighter futures and the time for them to start delivering this oasis of hope and prosperity for all is now.

“BME housing associations can certainly assist, on behalf of the communities in which we operate, but the Government must be in listening mode.” 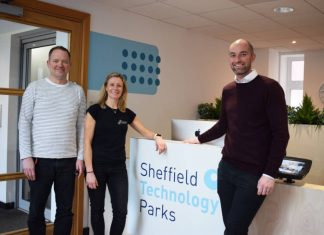 Dominic Cuthbert - 17th February 2020
A visual effects and animation studio is expanding its northern office base in Sheffield six months after first moving into the city. Jellyfish Pictures chose...