Small businesses are being held back by poor broadband and mobile connections, according to new research by the Federation of Small Businesses.

The findings, revealed in FSB’s new digital infrastructure report Lost Connection, show that a third of firms are struggling with broadband speeds that are insufficient for their current business needs. Two in five (40%) say their broadband is not good enough for their future needs.

With more than half of business owners revealing they want to adopt full fibre when it becomes available in their area, Prime Minister Boris Johnson’s ambitious promise of nationwide full fibre or gigabit capable broadband by 2025 must be kept, according to FSB. The body is calling on Government, industry and regulators to work together to remove barriers to the roll out of full fibre, to resolve the productivity puzzle and ensure no one is left behind as we enter the fourth industrial revolution.

It’s urging a strong focus on the small businesses currently struggling with poor internet connection, with an emphasis on connecting those that are being left behind. FSB is also calling for a public commitment from Government that every premises will receive download speeds of at least 10 megabits per second (Mbps) by the end of 2021, regardless of whether or not they have proactively asked to be connected under the Universal Service Obligation.

The USO, which comes into force next March, gives residents and businesses the legal right to request a ‘decent’ broadband connection providing a download speed of at least 10 Mbps. However, FSB statistics show almost a third of small firms in the UK are still grappling with download speeds of less than 10 Mbps.

To help improve network coverage and attempt to get rid of ‘not spots’ in rural areas, FSB is supporting the idea of a shared rural network among the four large mobile network operators to try to bridge the gap in phone reception.

FSB is also calling for the scheduled spectrum band auction of both 4G and 5G take place without delay, which will help improve mobile reception.

“Trying to communicate with new and potential clients while you can’t access your emails or your phone signal drops out is not only frustrating but, as we see in this new research, causes the loss of vital business. This is hugely problematic for a small firms, hampering the productivity of the UK’s army of small businesses and sole traders.

“These findings are particularly stark in rural areas where even more business owners are struggling to communicate with customers.

“Government is promising ambitious full fibre and gigabit capable broadband targets, which are very much welcomed, but now must translate words into action to help millions of small businesses. There’s still a huge number of small firms not even getting download speeds of at least 10 Mbps – what is termed as a ‘decent’ connection. We need Government to fully commit to every premises receiving at least that by the end of 2021 by overcoming the infrastructure and market related issues that are preventing this.

“Targeting not spots and creating a shared rural network would go some way to help bridge that communication gap in the countryside, allowing mobile phone users to connect, regardless of what network they are on.

“Improving digital connectivity is an urgent priority to ensure our 5.8 million-strong small business community remains the engine of the UK economy.” 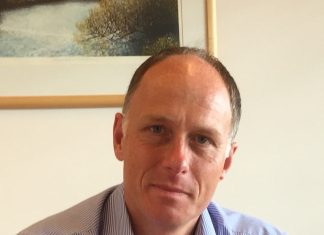 Tess Egginton - 27th January 2020
It’s that time of year, when Business Link Magazine invites the region’s business leaders to offer up their predictions for the year ahead. It has...