Output per hour fell 0.4 per cent compared with the previous quarter and grew just 0.2 per cent on the third quarter of 2017, according to the report.

The report also points to earnings and other labour costs, which have outpaced productivity growth, resulting in unit labour cost growth of 2.8% in the year to Quarter 3 2018, compared with growth of 2.1% in the previous quarter.

Commenting on the latest announcement, Federation of Small Businesses (FSB) National Chairman Mike Cherry, says: “Today’s productivity data demonstrate exactly what a prolonged period of uncertainty does to an economy.

“Small business confidence has dropped to its lowest point since the financial crash, with four in ten firms expecting their performance to worsen in the months ahead.

“More than two thirds are not planning to increase capital investment next quarter. Without investment in productivity-enhancing tech, machinery and skills, we’re unlikely to see these figures improve any time soon. But naturally small business owners are holding fire on investing for the future because – less than 80 days from Brexit – they simply don’t know what the future holds.

“Equally, with net migration from the EU plummeting over the past couple of years, and employment levels at record highs, it’s proving harder and harder to bring in the right employees with the skills and drive to boost output per hour.

“Labour costs are soaring, and will rise again in April when minimum wage rates and employer auto-enrolment contributions increase again. In this context we need to see the Government re-visit initiatives to support the smallest employers, starting with an increase in the now effectively-targeted Employment Allowance.”

Tej Parikh, Senior Economist at the Institute of Directors, adds:

“Today’s dismal data illustrates the magnitude of the challenge we face in raising our productivity.

“We remain well behind the growth rates we saw prior to the 2008 downturn. For sustained increases in our productivity we need more support for skills, infrastructure and technological development at national and regional levels. This will be vital in securing our long-term prosperity, and in reducing our reliance on the whims of consumers in propping-up economic growth.

“The Government’s Industrial Strategy has been reined back by Brexit negotiations since it was announced in 2017, but this year the business community need to see tangible progress, otherwise we risk eating into our future competitiveness at the expense of politics today.

“Ultimately, with uncertainty hitting business investment and limiting policy headway last year we are unlikely to see a boom in productivity any time soon.” 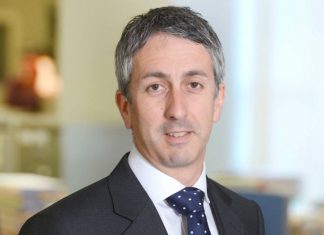 Dominic Cuthbert - 19th February 2020
A team from Yorkshire law firm Gordons has advised global environmental consultancy ERM on its latest acquisition. The long-standing client of the firm has completed...

Balancing the books number one use of small business credit as...