The retail sector has experienced a record decline in total sales as the effect of the lockdown bites, a sales monitor has found.

This is the worst decline recorded since the monitor began in January 1995, reflecting the effect of lockdown measures. It is below the 3-month and 12-month average declines of 7.5% and 2.3% respectively, both record declines in themselves.

UK retail sales increased 5.7% on a Like-for-like basis from April 2019, when they had increased 2.0% from the preceding year.

In April, like-for-like sales has been measured excluding temporarily closed stores (but including online sales); therefore the figure is primarily driven by online sales.

Over the three months to April, in-store sales of non-food items declined 36.0% on a total and 17.3 on a like-for-like basis.

This is worse than the 12-month Total average decline of 11.5%. For April, the like-for-like sales, excluding temporarily closed “non-essential” stores, was in double digit decline.

Over the three months to April, food sales increased 6.0% on a like-for-like basis and 4.5% on a Total basis. This is higher than the 12-month total average growth of 1.6%. For the single month of April, food was in decline year-on-year.

Over the three-months to April, non-food retail sales decreased by 4.4% on a like-for-like and 17.5% on a total basis. This is below the 12-month total average decline of 5.6%. For the single month of April, non-food was in decline year-on-year.

“For many non-food goods, such as clothing, footwear and large household items, the decline was particularly steep as consumers responded to lockdown conditions. The proportion of goods purchased online rose sharply, with products such as games consoles, bicycles, office equipment, and haberdashery, all high on the list.

“However, even the dramatic rise in online sales could not make up for the loss of instore purchases. Coronavirus has accelerated many of the trends seen prior to the outbreak and it is likely that as the lockdown wears on, these new shopping habits – such as the trend towards online purchases – will become more entrenched for many consumers.

“While retailers have a lifeline through various Government loans and support, they need to know this will continue beyond the current deadlines. Government should also step in to support on rents for those retailers still facing rent costs, despite little or no sales.

“Without this, businesses may be forced to close – threatening jobs and further harming local communities. Monday’s Recovery Strategy was an opportunity missed to provide a clear and detailed roadmap, outlining when and how shops will reopen after the 1st June, so that retail can help get the economy moving and the public can get all the goods they need.” 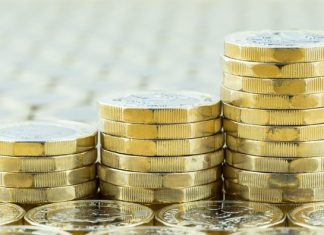 26th May 2020
British firms have taken £30 billion in lifelines from financial markets as a blitz of equity and debt is issued to help businesses survive...