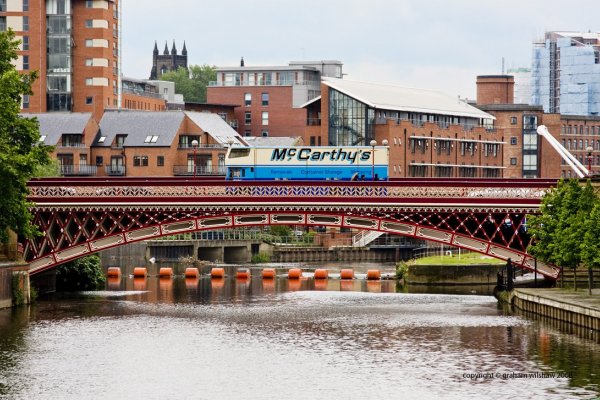 McCarthy’s Removals has reported its busiest home-moving season in eight years, an indication that the Yorkshire property market continues to flourish.

The firm, which is based in Leeds but manages removals across the region, saw a 20% increase in bookings over the busy summer months, compared to 2014 – with the peak season continuing throughout September and into the start of October.

McCarthy’s has moved the contents of over 1,300 homes over the last four months, making it its busiest summer since 2007.

MD Mike McCarthy says: “Although people obviously move home all year round, it always peaks in the summer months, from June to August. We usually see things start to quieten down in September, but this year that peak season has extended well into October, suggesting the property market is remaining buoyant and active. Last summer we saw figures return to similar levels of those during the property boom of the last decade, but this year has exceeded 2014.”

The removals boom has also had a knock on effect on the company’s self storage business, McCarthy’s Storage World, with its Leeds facility currently operating at 90% capacity, and Harrogate at 95%. The company opened a third self-storage centre in Wakefield earlier this year.

Mr McCarthy explains: “We launched the self storage side of our business 10 years ago, because it was so often needed in tandem with removals. Frequently when people are moving, dates don’t quite tie up. So our storage facilities allow people to move out of their home, ensuring that sale goes through, and keeps their belongings safe while the purchase completes. Alternatively, if people are downsizing, they often want to put their things into storage while they decide what to do with them.”

Trading since 1970, McCarthy’s is a family business offering private and commercial removals and self storage facilities. In addition, McCarthy’s offers a range of business services including archived storage and confidential document shredding.