Since 2017 the company has invested more than £3m in a new 40bbl brewhouse and a 1,000 square metre packaging plant to create a new contract brewing and bottling business, launched in March.  This has already attracted a range of new clients to the extent that the business is now brewing some 65,000 litres and is bottling 70,000 bottles a week.  Current year-on-year sales of its own beer, to both on- and off-trade, show an increase of 20 per cent.

Tony Gartland said” “Recognising the need for long term stability in the management team and the contribution made by Nick and Dan during this significant period of expansion, we are pleased to be able to offer them the opportunity to share in the value of the business as it continues to grow.  Both have significantly added to the quality of the Board and it is the next logical step to invite them to take part in the ownership structure.”

Ewen added” “Nick and Dan both come from a financial services background.  Nick spent 15 years working in sales management before developing his experience in his own, US-based, wine business while Dan has strengths in planning, compliance, risk and quality management, demonstrated by his management of the new packaging plant initiative from conception to completion.  I am really pleased that our great team of directors not only manages the business day-to-day, but is also now invested in the future of the business as shareholders.” 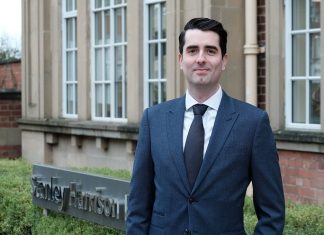