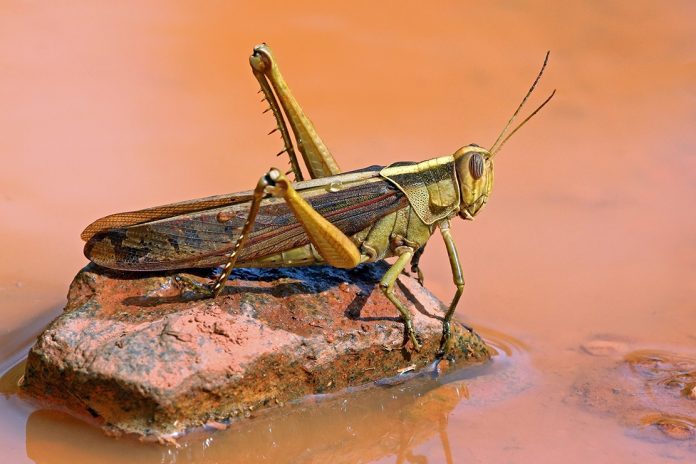 Scientists in Lincoln, Loughborough, and Leicester are creating a new smartphone app to help farmers tackle the pests destroying their crops.

The app could soon have a major impact on the way information about the natural world is gathered, stored and accessed worldwide.

The team of researchers from the University of Lincoln, UK, is designing and building the specialist app to help farmers in hot climates identify and record the spread of locusts on their land. They’re being supported by research carried out in collaboration with partners at the Centre for Agriculture and Bioscience International, the Centre for Ecology and Hydrology, Loughborough University, and the University of Leicester.

By recognising locusts through the smartphone’s camera, the app will be able to identify the stage of the insect’s growth and record its location through the phone’s IP address. This information can then be accessed by the farmer so that they can use pesticides more accurately and to target the insects in the early stages of their lifespan, significantly reducing the amount of crop damage.

“Each year, about 18 million hectares of land are damaged by locusts and grasshoppers, impacting hugely on farmers and their productivity,” said Dr Bashir Al-Diri from the University of Lincoln. “Their monitoring techniques currently rely on field surveys by people through digging insect eggs, but this information only helps farmers to make mid and long term forecasting decisions and can delay effective management measures.

“By digitally recording the exact number, age and location of locusts, we hope this new app will put more knowledge and more power into the hands of the farmers. They will be able to predict insect population and spread, and act quickly and accurately to save their crops.”

Dr Al-Diri and his team of computer scientists work with the Lincoln Institute for Agri-food Technology at the University, which aims to support and enhance productivity, efficiency and sustainability in food and farming through research, education and new technology.

The team has gathered more than 10,000 images of locusts in various stages of growth to train the system behind the app. Researchers travelled to China to gather images and videos on location so that the app can recognise a variety of terrain and plant growth, and they have also built specialist facilities in Lincoln to house locusts from their earliest stages of life through to adulthood. By observing the locusts 24 hours a day, the team has built a huge data set to inform their app, and this collection of thousands of images and videos – the first of its kind in the world – will also be a valuable resource for the wider scientific community.

Dr Al-Diri said: “There are already many major surveys of birds and wildlife which invite the public to manually take note of the animals they see in their garden, and there is no reason that the framework behind this app couldn’t be used to enhance those surveys. Our ultimate aim is to see the creation of a global digital image and knowledge library, so that farmers on their land and people in their gardens can become better connected with the world’s scientific community.”