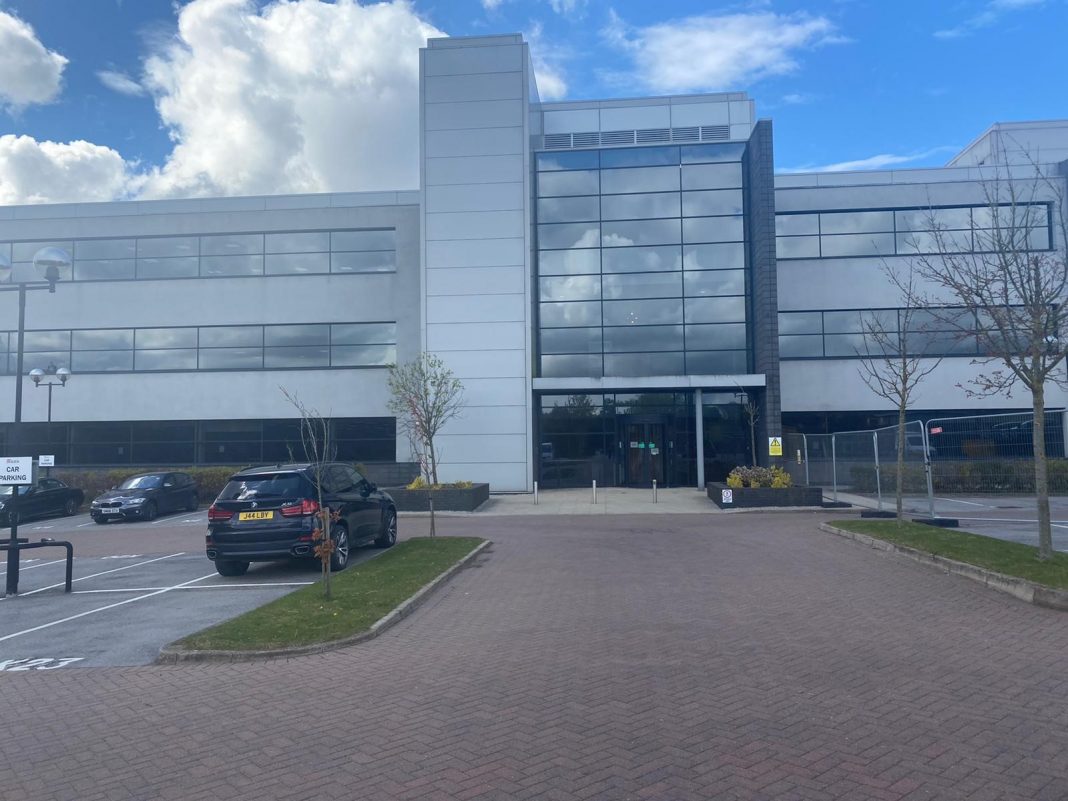 SharkNinja, a supplier of vacuum cleaners and kitchen appliances, is extending its office space at Thorpe Park, near Leeds.

In a significant deal brokered by the Leeds office of property consultancy Knight Frank, SharkNinja is taking 17,000 sq ft of quality office space at 2180 Century Way.

This comes less than 18 months after the company took a similar amount of space at the nearby 3150 Century Way, moving its headquarters from Wakefield to Leeds.

Knight Frank advised both SharkNinja and the head tenant at 2180, Kier, in what is one of the major out-of-town office deals in Yorkshire this year.

Jon Wright of SharkNinja said: “We have experienced significant growth during the past year, with the success of new product launches in the UK. We are continuing to invest in our staff, focussing on driving innovation and international expansion. As a result, we will be increasing our workforce in Leeds, hence the need for more quality office space.

“We are taking two floors at 2180 Century Way and our new offices will be refurbished to the same high standards as at 3150. We are hoping to be moving in during July or August. Thorpe Park has proved to be an excellent location for us, so close to Yorkshire’s superb network.

“I would like to thank Elizabeth Ridler of property consultancy Knight Frank in Leeds for identifying this opportunity and helping us conclude the deal, as she did with 3150 Century Way. Her expertise and support were invaluable.”

Elizabeth Ridler said: “This is a very important deal, underlining the continued popularity and pulling power of Thorpe Park.

“A huge buzz surrounds this hugely successful business park, which goes from strength to strength and is without doubt the go to location for out of town occupiers due to the strategic location, calibre of existing occupiers and the plethoroa of on site amenity anchored by the Springs Retail development.

“We are delighted that the relocation of SharkNinja from Wakefield to Thorpe Park has been such a success.”

She added: “It is a real testament to Thorpe Park that a successful company like SharkNinja should base its northern UK headquarters here. As an office, we were delighted to be involved in both sides of this important deal, advising Kier, who, as head tenant, are sub-letting the 17,000 sq ft to SharkNinja.”

SharkNinja has taken a 3.5-year lease at 2180 Century Way. The rent is in the region of £20 per sq ft and the building is owned by Leeds City Council.

This deal comes hard on the heels in February this year of the pre-let agreed between credit management company Lowell and Scarborough Group International (SGI) at Thorpe Park. This was the largest single out-of-town office deal ever recorded in West Yorkshire, with Lowell taking a 15-year-lease on a new 133,118 sq ft office building.

The North’s civic and business leaders have set out a bold plan to support the region’s renewal and recovery over the next 12 months...
Read more
Appointments

The North’s civic and business leaders have set out a bold plan to support the region’s renewal and recovery over the next 12 months...
Read more