The new letting, which was facilitated by management and lettings agents, Creative Space Management (CSM), sees the company expand from its previous office at the neighbouring Advanced Manufacturing Technology Centre, into specialist workshop and office space at Building 3, ahead of a recruitment drive and the mass-manufacture of the pioneering Runflat CBR product from the end of 2016.

Runflat CBR is the brainchild of Richard Lust, an engineer with nearly 30 years’ experience designing ‘runflat’ technology, a safety feature used by governmental, police, VIP, military and security forces across the globe to allow vehicles to continue travelling for a reasonable distance, even if a tyre punctures and deflates.

The technology had barely advanced since its inception in the 1940s, despite its many limitations; for example, some systems require a specialist wheel to operate and, if more than one tyre is deflated, the vehicle will grind to a halt. The consensus across the industry has been that it was impossible to design a system which would provide acceptable runflat capability with more than one deflated tyre in a standard wheel, and that to do so would not stack up financially.

Mr Lust set out to prove the doubters wrong, renting space since 2009 at the Advanced Manufacturing Park Technology Centre to research and develop the best runflat system in the world.

Working alongside other companies based at the AMP Technology Centre including skilled engineers at Performance Engineered Solutions; 3D printing innovators, Materialise, as well as the neighbouring Advanced Manufacturing Research Centre, Richard and his team have developed the world’s first runflat insert that combines a functioning tyre ‘bead lock’ system that can be fitted within an ordinary wheel and tyre. The revolutionary product allows the driver to maintain good drivability (steer, accelerate and brake efficiently) on not only one, but up to all four deflated tyres.

The Runflat CBR (Combined Beadlock Runflat) is also lighter and easier to fit offering improved performance, and is no more expensive than the best performing runflat inserts currently on the market.

Mr Lust said: “This corner of South Yorkshire is a melting pot for invention. I wouldn’t have been able to make the concept a reality without the talent and original approach of others based here at the Technology Centre and the wider Park. We have now patented our revolutionary technology and we are looking forward to sharing it with users across the globe from our new facility.”

The 32,000 sq ft Building 3, which is owned by the Homes and Communities Agency (HCA), was officially opened by the Communities Secretary, Sajid Javid, in May and provides 11 flexible spaces between 1,000 and 3,600 sq ft for growing technology and engineering companies. The building is now almost 50% let, with 10,000 sq ft already occupied by Metlase – a new joint venture between Rolls Royce and Unipart.

Paul Taylor, Creative Space Management, said: “Runflat CBR is a prime example of the type of business which can thrive and grow on the park; a cutting-edge concept taken to the next level with a little help from the brilliant network of advanced technology specialists we have based at the AMP.

“This new letting is proof that we have the right product here to attract and facilitate growing high technology companies.” 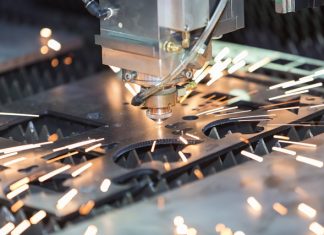