A lightweight fuel tank for small-scale satellites has been designed and developed by metal additive manufacture engineers at the University of Sheffield Advanced Manufacturing Research Centre (AMRC) as part of a UK Space Agency-funded programme.

With the annual number of small satellites deployed forecast to reach about 400 this year – an increase of 300% compared to 2016 – there is a growing market need to dramatically expand their mission capabilities, extend their orbital life and decrease the cost of constellation deployment.

AMRC engineers used topology optimization techniques to reduce the weight of the tank by over 25%, combined with an almost three-fold increase in fuel capacity over conventional spheroidal storage tanks. This could have a significant impact on satellite launch costs.

“The MiniTANK project lays the groundwork for adding a key miniaturised, low-cost propulsion technology to the UK’s portfolio.”

MiniTANK is a collaborative endeavour between the AMRC and global SME technology company Added Value Solutions (AVS) UK Ltd. to develop a propellant storage system for a nanosatellite that maximises the internal volume whilst minimising mass – utilising novel features that can only be manufactured through Additive Manufacturing (AM – also known as 3D printing).

Backed by the UK Space Agency’s Pathfinder programme, AMRC researchers have produced a lightweight, high-strength fuel tank for a Cube Satellite (CubeSat) that meets the demanding performance and cost targets desired by Oxford-based AVS, a company that designs propulsion systems for small-scale satellites.

Mr Haque says MiniTANK has successfully demonstrated that metal AM is an alternative route for the manufacture of complex fuel tank designs.

“The final AM fuel tank mass was 360 g which was a 28 per cent decrease in weight when compared to the original dry mass of 500 g for a conventional tank,” he said.

“We were able to demonstrate the successful application of AM to achieve performance benefits of a component, the geometry of which is not possible to produce through conventional manufacturing methods.

“The volume utilisation (amount of usable space within the tank) of the cuboidal fuel tank was estimated at 90% which is an improvement when compared with spherical tanks at approximately 60%.

“The fuel tank can hold approximately 2.8 times the fuel volume of a 78 mm diameter sphere, which is the largest size sphere that could fit within the allocated design envelope.

“During testing, the fuel tank withstood all non-destructive tests without observable deformation. The fuel tank ruptured at a test pressure of 74 bar, which is 1.9 times the safety factor of the design burst pressure specified in the European Cooperation for Space Standardisation (ECSS).

“We were able to demonstrate the successful application of AM to achieve performance benefits of a component, the geometry of which is not possible to produce through conventional manufacturing methods.”

Using AM to produce a freeform generatively designed geometry, DPG researchers successfully applied a novel design approach to create a cuboidal fuel tank that would give AVS a competitive edge in the marketplace.

Mr Haque said the purpose of the MiniTANK project was twofold: first to show it is possible to design an improved fuel tank but also demonstrate what can be achieved by using the AM process to do this.

MiniTANK has a wider impact too, as he explained: “Although this project focused on the fuel tank – if you take a system-level approach and carry out the same optimisation to other components of the CubeSat – the microwave generator housing, the propulsion system, brackets that connect solar panels, the framework – you are shaving weight off every assembly component.

“In total that might save a lot more material, so MiniTANK is not an isolated case, we should be looking at the entire satellite system to get the maximum benefits offered by AM.” 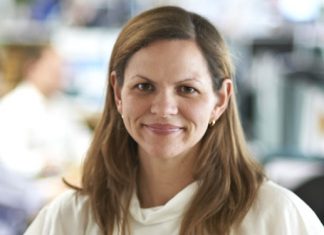