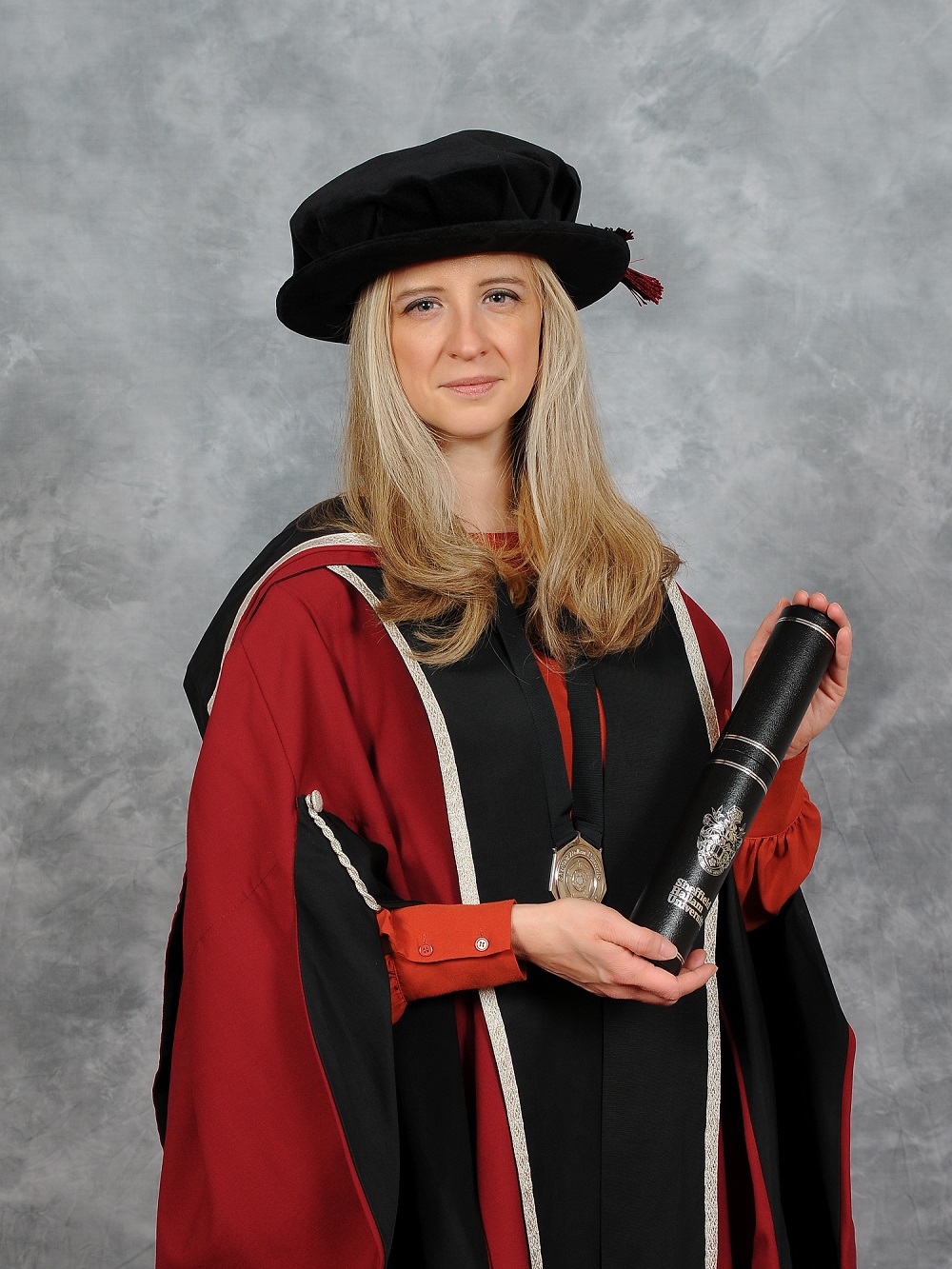 Students and their families attending Sheffield Hallam University graduation have generated £2.5m for city centre businesses, as the fortnight of ceremonies draws to a close today (Friday 22 November).

The figure has been revealed as part of analysis which evaluates the economic impact of the University’s graduation on the local area. With the City Hall hosting 7,712 graduates and 29,012 guests at 23 ceremonies, over 75% enjoyed a meal in Sheffield and approximately 50% of families stayed a night in a local hotel.

Alongside the students graduating this year, Sheffield Hallam also awarded honorary doctorates to a number of notable industry figures.

Olivier award-winning playwright and screenwriter, Laura Wade, is among this year’s recipients.

Her play Home, I’m Darling premiered at Theatre Clwyd and the National Theatre in 2018 before transferring to the West End where it received rave reviews and was named Best New Comedy at the 2019 Olivier Awards. She is currently developing a feature film with support from the BFI Film Fund.

On receiving the award, Laura said: “I’m beyond delighted to be awarded an honorary doctorate from Sheffield Hallam, a university which has been an invigorating presence in my hometown for my whole life. I look forward to forging an ongoing relationship with the university, most particularly to engaging with students of creative writing and the performing arts as they develop their own artistic voice.”

Sheffield Hallam alumae Kim Streets, Chief Operating Officer of Museums Sheffield with responsibility for the museums service in the city, has also received the honour this week.

Kim said: “When I arrived in Sheffield in the 1980s, the city was down on its luck yet full of opportunity. The university felt like the light at the end of my adolescence; a window into something new and exhilarating. I could never have imagined how transformative it would be; that I’d learn from inspirational teachers like John Baxendale, Van Gore or the wonderful Paul Nunn and make such great friends and that I’d go on to work alongside such creative, talented people in a city I love. Thirty years on and it’s fair to say that my time at Sheffield Hallam shaped my life. This honour means a great deal to me. Thank you.”

Ken said: “I am honoured and humbled by the award and wish to dedicate it to my family – who have supported and encouraged me lovingly in this work!  I wish to embrace this award to raise the profile of my work and to hopefully offer many more Hallam staff and students the opportunity to join me in the change we wish to see in our world.”

Dr Ann Limb CBE, an educationalist, philanthropist and civil servant, has also been honoured this week. She founded the Helena Kennedy Foundation, a charity that provides financial and mentoring support to students who face barriers to progressing in higher education, and was the first woman and LGBTQ+ chair of the Scouting Association.

Naturalist and international best-selling writer, Robert Macfarlane, received the final honorary doctorate award of the fortnight on Friday afternoon. His books include Mountains of the Mind (2003), The Wild Places (2007), The Old Ways (2012) and Landmarks (2015) – and have helped inspire a resurgence in nature writing in Britain and across Europe.