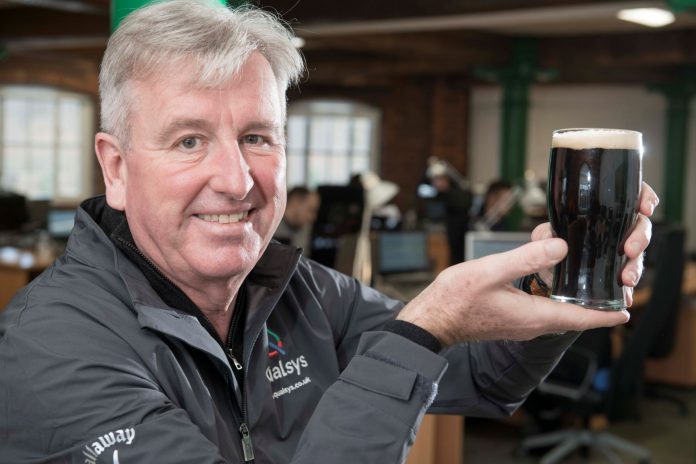 Do not under-estimate the power of the dark stuff…

It should be the company motto at Qualsys, a highly successful Sheffield software company supporting major household names on every continent and set to reap £5m this year.

For Qualsys owes much of its global success to an infancy-era pitch to the brewing giant Guinness.

The company had just 11 employees working out of a small office at Aizlewood’s Mill in Sheffield when in 2006 founders Mike Pound and Mike Bendall found themselves bidding to work with one of the world’s most respected brands.

After 11 years in business Qualsys were quality management and compliance specialists, but the majority of its contracts were with SMEs and growth was steady.

“Sometimes, all a business needs is one big opportunity and the courage to run with it. Guinness offered us that golden ticket,” commented Mike Pound.

From its Sheffield home the Qualsys team, now numbering 49, works for clients across the manufacturing, life science and food and drink sectors.

Its software enables businesses to improve governance, risk and compliance management by managing all processes in a single, unified system.

Qualsys revenues have doubled in the last 12 months and the order book for 2019 is an anticipated £5m, with recurring revenues from annualised licenses in excess of £2.2m.

A 30 per cent growth plan in staffing will see a recruitment drive throughout 2019 and there are ambitious five-year targets – revenues of £50m and a 200-strong Sheffield workforce by 2024.

For 2019, Qualsys is focusing on inspection-readiness. Said Mike Pound: “Customers are telling us their regulatory and customer audits are becoming more frequent and more rigorous. EQMS tools mean any employee can find anything the auditor may ask to see.”

In the first quarter of 2019 a new inspection management module, developed in partnership with University of Leeds, will come to fruition and Qualsys is enhancing its business intelligence dashboard, an analytics tool already used by Well Pharmacy to identify risks across 780 pharmacies.

“By the end of 2019 we plan to be the only software company offering industry-specific, best-practice management system templates within the software, speeding up the time it takes to be inspection-ready from several months to several days,” said Pound, who trained as a systems analyst with the Ministry of Defence and was IT procurement manager for the Employment Department before heading the government division sales team of Apricot Computers plc.

He established Qualsys with Apricot colleague Mike Bendall in 1995 when they realised they could create high-functioning management systems themselves.

The entrepreneurs bought an EQMS software system on a floppy disc, developed it and in the first year turned over £285,000 and grew the staff to six.

The game-changing Guinness bid fell into their laps after their successful integration of documentation management software at Diageo, the multi-national drinks company.

Guinness invited them to tender for their quality management system software.

Said Pound, 59:  “We were up against some huge IT names. Initially they didn’t realise how small we were. We had one member of staff for every billion the Guinness brand is worth.

“In their Dublin boardroom the CIO said he had never heard of us, so their CEO called our programmer into the meeting.

“He looked him straight in the eye and told him we believed we could do it better than anyone else, our system worked and would undoubtedly work for them.

“We got the contract, still have it to this day and it paved the way to Qualsys landing contracts with other international household names.”

Continual investment in developing new products and increasing software functionality is key. The company’s most recent product, Kiosk, is running successfully at Mondelez throat lozenge production plants around the UK. A touch-screen system which expands the QMS systems of factories and work bases, Kiosk allows employees to log incidents and risks in seconds using simple graphics.

“We are hugely proud of what we have achieved here,” said Pound, who studied history at the University of Sheffield and returned to the city in 1988 to work for Manpower Services.

“Sheffield gives lower business costs and access to great employees from the rich talent pool coming out of the two universities. Over 90 per cent of our staff and three of our five directors are Sheffield graduates. We will be looking to recruit more from IT degree courses and plan to link with the universities’ business schools.” 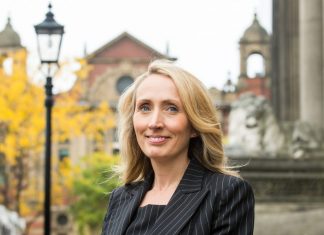 Dominic Cuthbert - 16th January 2020
Despite last year’s economic uncertainty, there was a growth of almost 9,000 start-ups in Yorkshire compared with a flat level of business growth in...