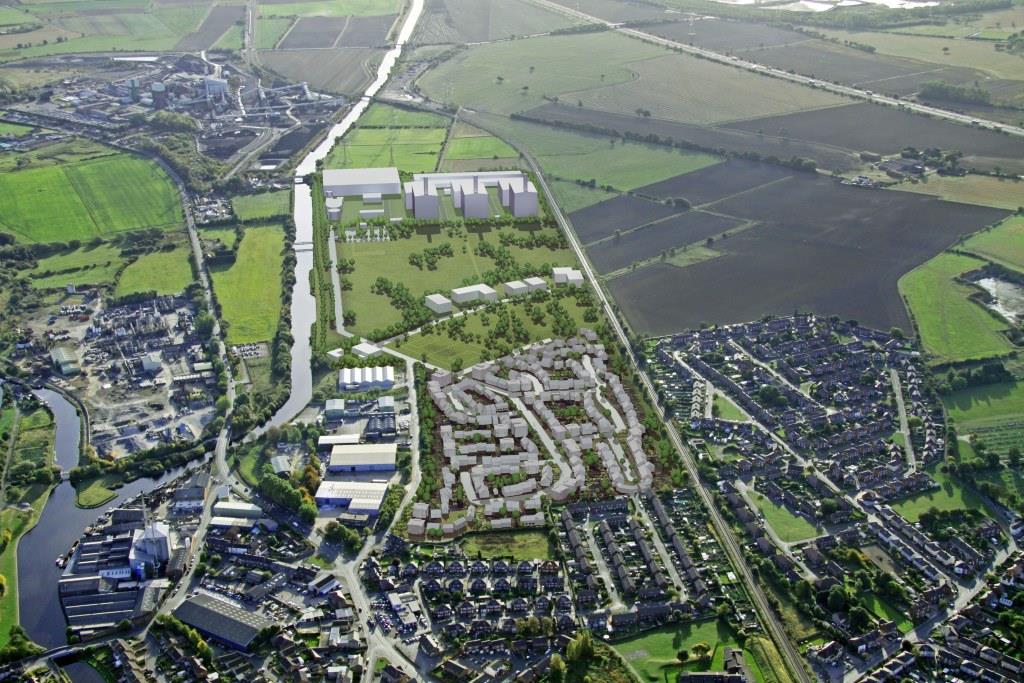 St Paul’s Developments has commenced the next phase of works at its 110 acre former Oxiris chemical works site in Knottingley, Wakefield with a major remediation and infrastructure contract to pave the way to potentially develop a Combined Cycle Gas Turbine (CCGT) power station, which could deliver approximately 1,000 construction jobs.

St Paul’s Developments has appointed Rotherham-based QDS Remediation to undertake a multi-million pound programme of works which will prepare the site for the power station, to be built by Knottingley Power.  The earthworks and environmental contract has commenced on site and will conclude by the end of the year.

£2.45 million of funding from the Leeds City Region Enterprise Partnership (LEP)’s Growing Places fund was awarded to regeneration specialist St Paul’s Developments towards the site reclamation works. The loan, which will be repaid and so available to the LEP to recycle to other projects, followed extensive discussions with Wakefield Council about planning options for the redundant site resulting in a ‘Special Policy Designation’ which enabled St Paul’s Developments to masterplan the site. In addition to the Energy Centre, long-term plans for the extensive site include employment and residential uses.

St Paul’s Developments has already undertaken the demolition and decommissioning of the 25 acre section of the Knottingley site, which had been the former home of Oxiris Chemicals for some 70 years, in the first element of the site’s transformation. The works which are now being undertaken will prepare the way for the potential construction of a CCGT power station on a 50 acre plot.

David Newton, managing director of St Paul’s Developments, said: “After many years of complex proposals, planning applications and working with stakeholders, The Environment Agency and Wakefield Council, we are delighted to be fully committed on site undertaking the reclamation and remediation works for this major regeneration project. The Special Policy designation on the site allows us to create a sustainable development to make a significant contribution to the long-term regeneration of the Leeds City Region. The support of the public bodies and the Growing Places Fund has been pivotal in getting us to the start on site stage for the power station, which represents a major investment into the region.

“We appointed Hydrock Group subsidiary QDS Remediation due to their extensive experience in delivering complex and environmentally challenging remediation projects, and look forward to seeing the works progress.”

Roger Marsh OBE, chair of the Leeds City Region Enterprise Partnership (LEP), said: “It’s fantastic to see that through the Growing Places Fund, we are regenerating and repurposing sites to enable 21st Century industries. Through projects such as this one, being undertaken by St Paul’s Developments, I believe that we can ensure that as a City Region we don’t just meet the needs of today but are ready for the demands of tomorrow. This is just one of the messages that I will be sharing with the international developers, investors and occupiers during MIPIM 2016 this week.”

Think2Speak, a social enterprise based in Lincolnshire, has been awarded £80,000 in National Lottery funding to support its work with children and young people. The...
Read more
Finance

Dewsbury based kitchen company, Rixonway Kitchens and Magnet Contract Kitchen Solutions (CKS) have today announced the companies will now operate under one brand in...
Read more