The latest figures from the Office for National Statistics (ONS) reinforce concerns over the UK’s overall poor productivity record since the deep 2008/9 recession, says the EY ITEM Club. Even annual growth of 1.6% in Q2 2018 had been significantly lower than the growth rates seen before the deep 2008/9 downturn.

Howard Archer, Chief Economic Advisor to the EY ITEM Club, comments: “Pretty disappointing news as a ‘flash’ estimate from the Office for National Statistics (ONS) showed that UK productivity (measured in terms of output per hour worked) only edged up in the fourth quarter of 2018 after a marked relapse in the third quarter. This continued an overall weak performance in productivity during 2018, with erratic quarterly movements.

Productivity edged up in Q4 2018 as GVA only rose modestly

UK has a lot of catching up to do on productivity

“The subdued performance in Q4 2018 and weakness over the year reinforces concerns over the UK’s overall poor productivity record since the deep 2008/9 recession.

Number of factors may have held back UK productivity

“The UK’s ‘productivity puzzle’ is a source of much debate and analysis. Part of the UK’s recent poor labour productivity performance has undoubtedly been that low wage growth has increased the attractiveness of employment for companies. This helped employment to hold up well during the 2008/9 downturn and to pick up markedly as growth returned.

“Employment may have been lifted recently by some UK companies being keen to take on workers – or at least hold on to them – given increasing concerns over labour shortages in some sectors and reports of fewer EU workers coming to the UK since the 2016 Brexit vote.

“It is also probable that many companies took on labour rather than committing to costly investment, given the highly uncertain economic and political outlook. The low cost of labour relative to capital has certainly supported employment over investment.”

“There are a number of structural factors that may have also hurt productivity. Many of the new jobs that have been created are in less-skilled, low-paid sectors where productivity is limited. Significantly, a report by the NIESR and the Joseph Rowntree Foundation in 2018 concluded that productivity is particularly poor in low-paid jobs in the UK compared with other major economies, lagging up to 20-30% behind similar roles in Germany, France and the US.

“Analysis in 2018 by the ONS concluded that much of the slowdown in UK productivity was due to the changing composition of the UK economy with workers moving from more (such as mining) to less efficient sectors (food & catering). Nevertheless, the ONS also observed that there had been a slowdown in productivity growth in a number of sectors, including financial services, telecommunications and manufacturing.

“In a speech in 2018, the Bank of England’s chief economist Andy Haldane argued that the UK’s productivity problem was influenced by an unusually wide gap between Britain’s most productive firms and the much longer tail of its least productive companies. Andy Haldane suggested this was a consequence of a diffusion problem with the UK relatively poor at transferring technology and know-how.

“The economy’s past prolonged weakness and financial sector problems may have also hurt productivity through under-investment and an inefficient allocation of resources. There is concern that an extended inability to access capital may have held back innovation and investment by smaller companies.

“In addition, there has been concern about the impact of so-called “zombie” companies. Not only are these companies generally less productive, but there is a risk that they may be preventing credit and resources from being reallocated to newer companies and backing new products and processes.

“There is a risk that prolonged uncertainty and concerns over the UK’s economic outlook could end up weighing down on business investment and damaging productivity. A “no deal” Brexit would increase this risk markedly.” 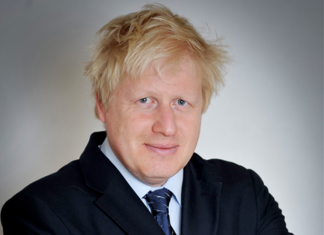