Three West Lindsey housing developments in the running for awards 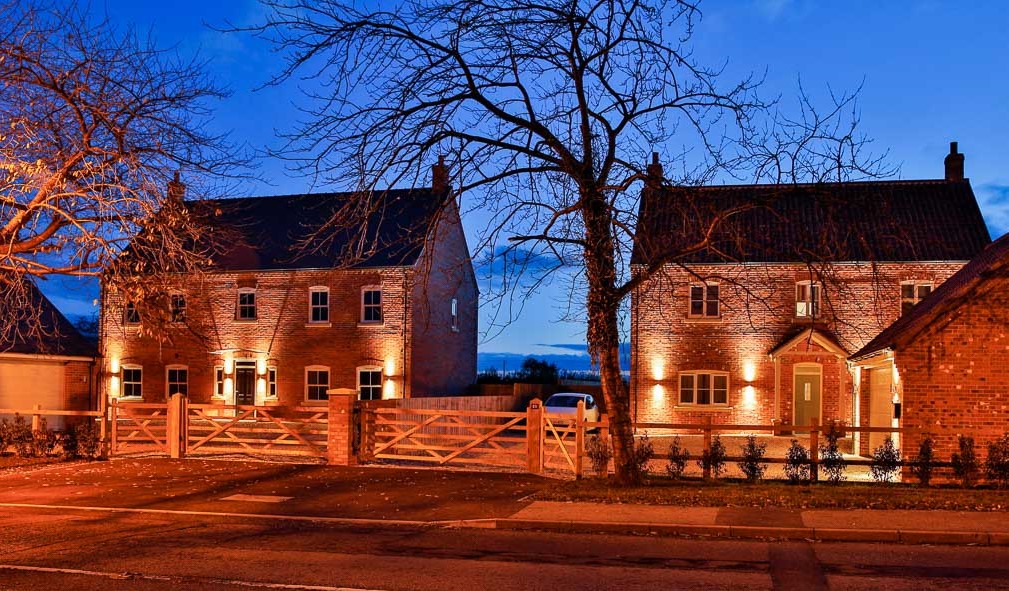 Three housing developments built in West Lindsey have been shortlisted for an East Midlands Award.

Developers Kinch Builds, Chestnut Homes, and Cyden Homes have all been shortlisted for the LABC East Midlands Awards 2018.

The news has been welcomed by West Lindsey District Councils’ Building Control team who worked closely with each of the developers during the build process. Phillip Westmorland, Interim Lead Surveyor said: “It’s great to have the opportunity to showcase the excellence in development and housing that the district has to offer.

“From all of us in the Building Control Team at West Lindsey, we would like to wish all nominees the best of luck. I would like to congratulate everyone for their hard work and look forward to continuing to work with you all in the future.”

Family-run developers Kinch Builds were nominated for Best Small New Housing Development for their creation of two homes at Marton Road in Sturton by Stow.

Stuart Kinch said: “We are so pleased to be nominated again for this award. We always go the extra distance to make sure our houses stand out against the rest of the competition.”

David Newton, Managing Director of Chestnut Homes, said: “We’re delighted to receive not just one but four award nominations for our LN6 development in Lincoln and The Grange in Scothern. They both offer a mixture of both private and affordable accommodation and have helped many people find their new home in its respective areas, so it’s a great feeling that the LABC has recognised us for our efforts.

“LN6 has revitalised a derelict site on one of the main roads into Lincoln into a thriving new community, while The Grange received high praise from West Lindsey District Council for its build quality when councillors saw the completed development.

“We’re extremely proud of both developments and have our fingers crossed we can advance to the national final in November.”

Also nominated for an award is The Pavilions at Faldingworth by Cyden Homes. It has been nominated for Best High Volume New Housing Development for the build of 41 stylish dwellings.