The UK has secured approval to continue exporting animals and animal products to the EU if we leave without a deal – providing certainty for a market worth more than £5 billion a year.

Environment Secretary Theresa Villiers confirmed today that EU member states have granted the UK ‘national listed status’, which ensures exports of live animals and products of animal origin, such as meat, fish and dairy, can continue.

The move recognises the UK’s high biosecurity and animal health standards and will bring welcome clarity to the country’s world-leading farmers and food producers.

The Minister said: “This is good news for UK businesses. It demonstrates our very high standards of biosecurity and animal health which we will continue to maintain and improve after we leave the EU.

“If you or your business import or export animal and animal products, we want to make sure you are ready for Brexit. Our guidance sets out what you need to do to continue to trade after we leave the EU.

“Our top priority remains delivering Brexit by the end of October, and our preference is to do that with a negotiated deal, but it is the job of a responsible Government to ensure we are ready to leave without a deal and without any further pointless delay.”

The EU’s Standing Committee on Plants, Animals, Food and Feed confirmed the acceptance of the UK’s listed status on Friday last week after it met the health and biosecurity assurances required for a third country.

With listed status now confirmed, if we leave without a deal, businesses exporting animals and animal products to the EU will still need to meet new requirements, such as going through the correct EU Border Inspection Post.

Businesses will also require an Export Health Certificate, which will need to be signed by a certifier such as an Official Veterinarian.

The decision will also allow the continued movement of equines between the UK and the EU, providing welcome reassurance to the sector.

British Horseracing Authority Executive Director Will Lambe said: “This is very welcome news for our sector, and provides some important certainty ahead of a 31st October departure from the EU. There will still be additional requirements for our participants wishing to travel a horse into the EU, but full guidance and assistance is available. We continue to support and appreciate the UK Government’s position that there will be no immediate change to arrangements for thoroughbreds travelling into the UK in the event of no deal.”

Guidance for animal importers and exporters is available on GOV.UK. If we leave with a deal, the UK will not need to be listed during the implementation period. To give certainty to businesses and citizens, common rules will remain in place until the end of the implementation period meaning businesses will be able to trade on the same terms as now up until the end of 2020. 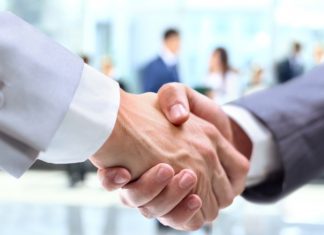 Tess Egginton - 10th February 2020
The Sheffield City Region Growth Hub has launched a new support package for businesses wanting to boost growth in 2020. The Access to Growth+ initiative will provide...