The UK’s total renewable energy capacity has overtaken fossil fuels for the first time, according to the latest Drax Electric Insights report.

A third of fossil fuel generating capacity has retired over the last five years – whilst the capacity from wind, solar, biomass, hydro and other renewables has tripled, taking the total renewable capacity available on the system to 42GW.

This means that for the first time renewables have the biggest share of Britain’s electricity generating infrastructure, overtaking the 40.6GW of capacity available from fossil fuels.

Biomass played an important role in helping to tip the balance from fossil fuels to renewables with two coal-to-biomass conversions being completed during the third quarter of the year at Lynemouth in Northumberland and Drax Power Station’s Unit 4 conversion in Yorkshire – adding 1GW of capacity in total.

The growth in offshore wind power has made Britain the world’s leader, with 45% of global wind capacity stationed here – and so far this year, Galloper, Rampion, Race Bank and Walney 3 have all come online, making Walney the world’s largest offshore wind farm at 0.66GW.

There are almost a million rooftop solar power systems in operation across Britain, contributing to the 13GW of capacity available.

The Electric Insights report, produced independently by researchers from Imperial College London for Drax, also looks at why power prices are at a ten-year high and identifies Brexit as being a major factor. An 18% increase in power costs was caused by the currency devaluation associated with the 2016 referendum result, when the GB Pound fell against the Euro and US Dollar.

However, balancing the power system also added six per cent to wholesale prices as the day-to-day costs of running the transmission system came in at £3.8m per day during the third quarter of 2018.

Dr Iain Staffell from Imperial explained: “The cost of balancing the system has doubled in the last four years. The amount of flexible generation on the system is a key driver.  Balancing costs rise when the output from flexible generators such as gas, coal, biomass and hydro, falls below 10GW.

“Having a ‘brittle’ power system with limited flexibility will be more expensive to control. More flexible generation, storage and demand-side response will be critical in minimising system costs in the future.”

“The IPCC’s report recognised that in order to meet our climate change targets, up to 85% of global power generation needs to come from renewables by 2050. This means the remainder will have to be provided by flexible sources, which can support the system and help to keep costs down – such as biomass, hydro, pumped storage as well as high efficiency gas.” 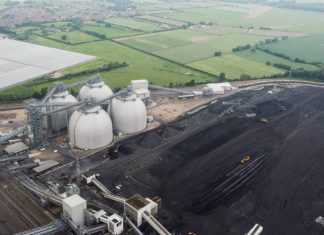 Dominic Cuthbert - 27th February 2020
Coal-fired electricity generation is expected to come to an end in March 2021 at Drax Power Station in Selby, North Yorkshire. For fifty years, the...