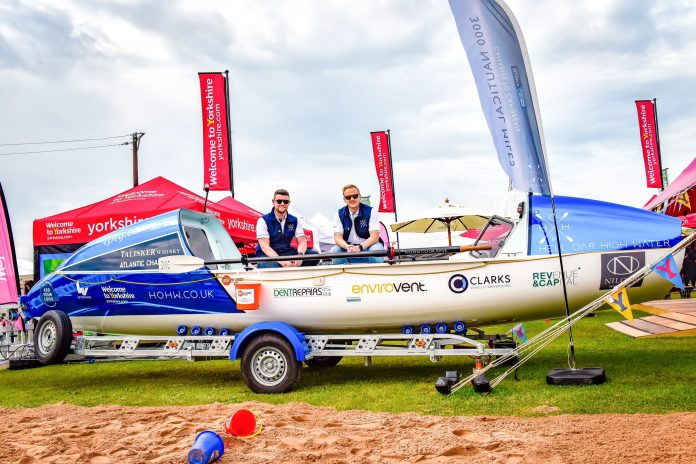 Harrogate-based ventilation company EnviroVent has pledged its support as one of the sponsors of the ‘Hell Oar High Water’ team in the Talisker Whisky Challenge, as the team embarks on what is said to be ‘the world’s toughest row’.

Team Hell Oar High Water will be heading out to La Gomera in the Canary Islands on 12th December and will then row west for 3000+ nautical miles across the Atlantic Ocean to English Harbour in Antigua. Once they leave the safety of La Gomera harbour they will be on their own, just the two of them in a rowing boat, on the vast ocean and at the mercy of the elements.

EnviroVent’s Product and Marketing Director Rebecca McLean met Chris, one half of Hell Oar High Water, at a business networking group and learned about the enormous challenge he and best friend James had set themselves.  Both Chris and James have no prior rowing or seamanship experience, they are not athletes, just two everyday lads from Bradford with a point to prove.

Rebecca McLean said: “We are proud to be part of this unique experience – Chris and James really want to put Yorkshire firmly on the world stage.  As a business we feel a strong synergy with the Hell Oar High Water team and the race itself, which is synonymous with our values of being ‘in it together’ and ‘making it happen’, so we were delighted to get involved and support Chris and James and their charities. We’re really proud to be one of the sponsors and wish the team every success as they embark on their epic challenge!”

Chris and James are aiming to raise £50,000 each for three charities including:

Chris said: “It takes a certain kind of person to keep going when faced with blisters, salt rash, sharks and sleep deprivation, however Hell Oar High Water is not only our team name but also our mantra for the race.  We’re delighted to have a local company like EnviroVent as one of our sponsors and would like to thank everyone there for all their support.  We are hoping to raise as much money as possible for our three charities and urge everyone to help us to reach our target.”

EnviroVent’s logo can clearly be seen on the side of the boat, which has been making appearances around Yorkshire and the UK, including at the Tour de Yorkshire event, the Great Yorkshire Show and the International Cycling Championship, recently.

The idea for the Talisker Whisky Atlantic Challenge came about after Sir Chay Blyth became the first to successfully row the Atlantic Ocean in 1966 with John Ridgeway.  This turned into a 92-day battle against hurricanes, 50 foot waves and near starvation. 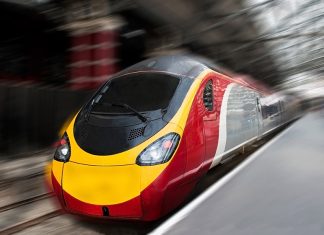 Tess Egginton - 23rd January 2020
A rail research centre being built by the University of Leeds has the potential to contribute billions of pounds to the UK economy, according to...