York Central has moved a step closer as £37.32m of external funding was promised to deliver the new generation of homes and higher paid jobs York needs and to improve the railway station.

The funding will contribute to a new western access road, bridge and spine road into York Central, a fully accessible western entry into the railway station and the station frontage scheme which will bring a transformation of transport interchange facilities, enhanced accessibility and new public realm at the front of York station.

£23.5m of this funding will contribute to the £155m infrastructure funding package for York Central with a further £11.7m towards the costs of transforming the front of the station.  Together the two schemes will open up the 72 hectare York Central site which is surrounded by railway lines, and create vibrant and distinctive residential neighbourhoods, cultural spaces, and a high-quality commercial quarter at the heart of York.

The plans for the front of the station will demolish Queen St Bridge, improve the public spaces and improve the transport interchange to create a greatly improved fitting gateway to the city.  This funding is conditional upon the award of Housing Infrastructure Funding later this month and on the award of Planning permission.

Councillor Ian Gillies, Leader of City of York Council, said: “This is another signal of confidence in York Central Partnership’s plans, and recognition of the importance of both this site and York’s economy to the wider region.

“Developing this brownfield site been talked about for decades, and now we’re another step closer to making it happen. The funding is dependent on other funding decisions and on the agreement of the planning application which comes to committee later this month.  I hope that this is the start of a really positive few weeks for the development and the city.”

Councillor Keith Aspden, Deputy Leader of City of York Council, said: “This funding is another welcome step towards unlocking York Central and creating a place where our residents, visitors and commuters want to live, work and spend time.

“With up to 2,500 homes to be built, including 500 available affordable homes, and new high quality commercial space, York Central will attract higher paid jobs to the city and become an integral part of York’s future development.”

The West Yorkshire Transport Fund money follows the £35m budget agreed by City of York Council in December. This will then be repaid using retained business rates from the York Central Enterprise Zone. The council’s £77m bid for the government’s Housing Infrastructure Fund is at an advanced stage, with a decision expected soon.

The outline planning application for the site will be considered by the council’s planning committee on Monday 25 March 2019. 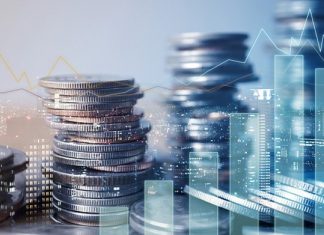 21st May 2020
Dart Group, the Leeds-headquartered company behind Jet2 and Jet2holidays, is hoping to counter the effects of COVID-19 after raising £172 million via a share...