The region’s businesses are remaining stalwart in the face of a difficult economic landscape according to insolvency and restructuring trade body R3.

The body’s latest research shows that between November and December 2019 more than half of the sectors it monitors saw a fall in levels of companies at higher than usual risk of insolvency in the next 12 months.

In Yorkshire, seven of the 11 sectors monitored by R3 saw a month-on-month fall in the proportion of businesses at elevated risk.

Consumer-facing sectors, including tourism operators and hotels, were among the strongest. Of the 771 active tourism operators, 274 (35.5%) were deemed to be in the higher risk band; a fall of 2.99% since November.

Similarly, 229 of the 702 active hotels were at heightened risk (32.6%), a drop of 1.85% compared with the previous month. The performance of both sectors in Yorkshire reflected the national picture with 35.5% of tourism operators and 32.0% of hotels across the UK considered to be at higher than normal risk of insolvency this month.

Overall, businesses in Yorkshire across all sectors appear to be rallying with levels of businesses at enhanced risk falling by 0.25% since November. This compares with a UK-wide fall of rise of 0.16%. However, the region still has a slightly larger percentage of businesses at higher than normal risk (42.1%) while the national average is 41.1%.

“It has been another turbulent year for businesses across the UK as the mood of uncertainty has continued to hamper long term plans and investment,” said Eleanor Temple, chair of R3 in Yorkshire and barrister at Kings Chambers in Leeds.

“Nevertheless, it is good to see Yorkshire rallying with a number of sectors seeing falling levels of businesses at higher than normal risk of insolvency compared with last month, bringing us closer to the national figure.

“As we approach another new year, and with the uncertainty of the General Election behind us, it is hoped that 2020 will bring some optimism and the certainty which businesses need in order to prosper.

“However, Britain’s exit from the EU is destined to be a lengthy process and there are likely to be further bumps along the way. With the latest ONS data showing that from August to October, the economy suffered its weakest three months since 2009, directors would be wise to adopt a cautious approach and seek professional advice at the first signs of financial trouble.” 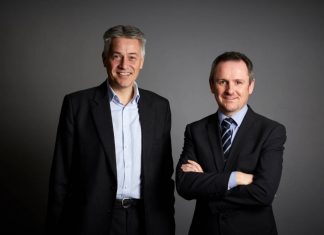