UK companies are bracing themselves for a difficult 2016, after finishing 2015 in a poor financial state, warns leading independent insolvency firm, Begbies Traynor.

According to Begbies Traynor’s Red Flag Alert research for Q4 2015, which monitors the financial health of UK companies, 268,898 businesses closed the year suffering ‘significant’ financial distress; a 17 per cent increase on the same period the previous year (Q4 2014: 229,232 companies).

By comparison, the latest figures for Yorkshire revealed that, while business distress levels had continued to rise, the region fared better in 2015 than most of the rest of the country, with a less marked increase in instances of distress.

In the final quarter of last year ‘significant’ distress among Yorkshire companies was up by 16 per cent on Q4 2014 to 17,129 businesses (Q4 2014 14,829 companies), compared to larger increases in distress in almost all other regions, apart from Wales and the South West, and a hike of 19 per cent among London firms.

Quarter on quarter, the signs were also more encouraging for Yorkshire, which saw the lowest increase in distress of all the regions at 9 per cent.

While all sectors of the region’s economy saw some increase in distress, sport and health, as well as bars and restaurants, food and drink, and tourism businesses, were the most severely affected. Year on year, sport and health companies saw a 37 per cent increase in ‘significant’ distress, rising from 227 businesses affected in Q4 2014 to 312 in Q4 2015. In the bar and restaurant sector 1,137 Yorkshire businesses experienced distress in the final three months of 2015, a 27 per cent increase on the 892 bars and restaurants affected during the same period the previous year.

Julian Pitts, regional managing partner for Begbies Traynor in Yorkshire, said: “While it’s good news that the picture for Yorkshire companies is slightly rosier than for those in the rest of the country, with so many firms beginning the New Year in a poor financial state and business confidence at depressingly low levels, the year ahead looks set to be challenging for many of the region’s businesses.

“Yorkshire’s economy will face greater headwinds this year from slow global growth, lower levels of business investment and the highest levels of consumer debt seen for five years. Meanwhile the looming EU referendum, potential interest rate rises, and additional cost pressures, including the introduction of the new National Living Wage in April, give cause to yet more uncertainty for businesses over the coming months.

“A proactive, not reactive, approach will be crucial to businesses’ financial strength in 2016, in terms of managing their cost bases while also driving expansion in a low-growth environment.” 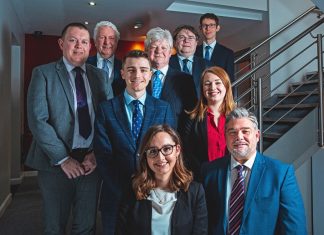 Tess Egginton - 19th February 2020
Against a background of Brexit and significant economic uncertainty, Sills & Betteridge‘s Corporate and Commercial team transacted corporate deals with a value of £96...