Young’s Seafood has brought the former home of XPO Logistics on Grimsby’s Ladysmith Road in the biggest freehold sale in East Yorkshire and Lincolnshire this year.

The prominent 13.5-acre site is next door to Young’s current HQ and consists of six buildings, including an office block and cold stores. It was placed on the market for £1.5m.

For years, the land was operated by Christian Salvesen, before being taken over by French-listed Norbert Dentressangle in 2007.

In 2015, XPO bought out the entire business for £2.3 billion and used the site to provide cold storage for the repackaging and distribution of frozen food.

Having closed with the loss of 60 jobs in May 2017, the site has been vacant and facing an uncertain future ever since.

Plans were lodged by the previous owner to demolish the buildings, but they now appear set for a reprieve after PPH Commercial stepped in to ensure a successful sale.

Duncan Willey, the Chartered Surveyor responsible for completing the deal, hopes it will herald the start of an exciting new era for the building.

Mr Willey said: “This is the biggest single freehold disposal in East Yorkshire and Lincolnshire this year so the importance of this deal should not be underestimated.

“It’s not every day that you get the chance to acquire a premises right next door to your existing facility, and it proved to be too good to turn down.

“I imagine the new owners will have a long-term plan to upgrade the facilities and bring new life to building, which could be a key part of their future plans.

“There’s been a lot of speculation about Young’s in recent months, but this deal seems to show their continued commitment to this area.

“Hopefully, they will be able to incorporate this sizeable acquisition into a successful long-term business plan to win new contracts and potentially create hundreds of new jobs.”

In July 2018, Young’s posted positive financial results with turnover growing 5.4% to £523.3m in its latest set of accounts.

It said growth had been driven by significant frozen and chilled food contract wins, along with the success of its own-label and Young’s branded products. 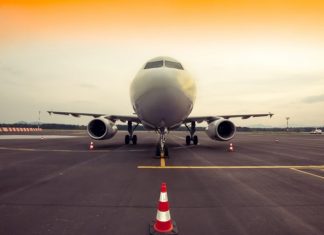 20th May 2020
Velocys plc, the sustainable fuels technology company, has revealed that resolution to grant planning permission has been given to Altalto Immingham, the UK’s first...