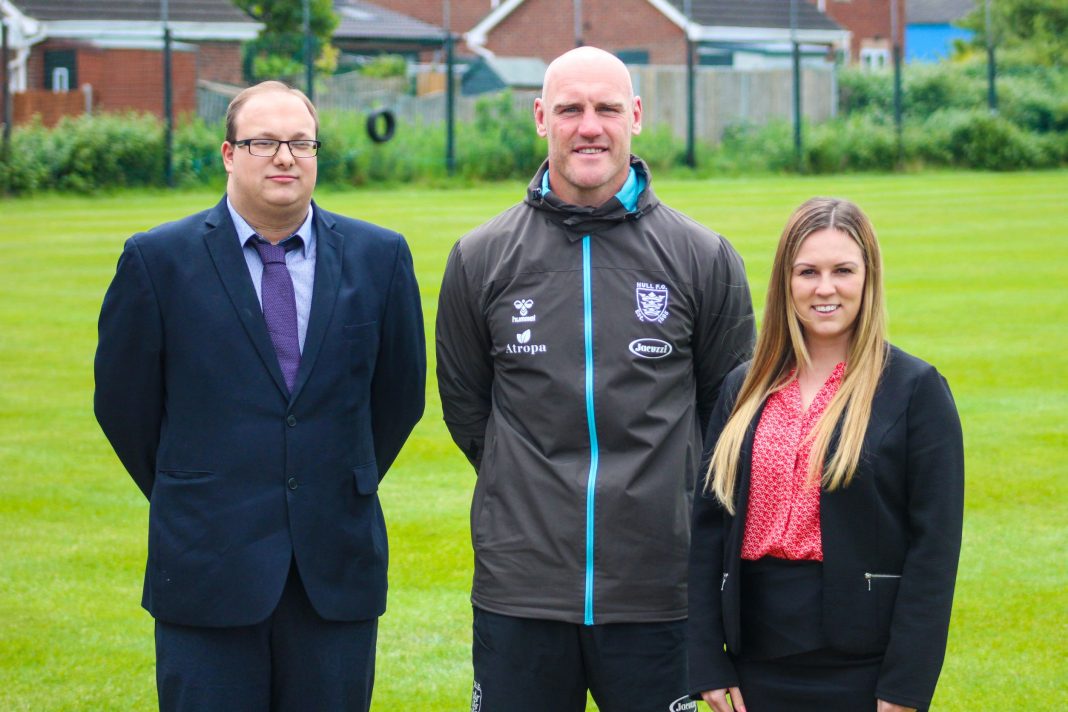 360 Chartered Accountants is excited to announce its sponsorship of Hull FC.

The deal involves a range of support including sponsoring rugby league legend Gareth Ellis for the 2022 season.  The former Hull FC captain and England international led the black and whites to victory two years running in the 2016 and 2017 Challenge Cup finals.  He is now a key member of the coaching staff since his retirement from the sport two years ago.

In addition, the award-winning firm is sponsoring the Players Playlist, voted for by the fans and played on the PA system ahead of every home fixture and will be the Official Matchball Sponsor for two games this season.

Andy Steele, Founder and Director of 360, said: “We are absolutely thrilled to be partnering with Hull FC this year.  We are great believers in the power of sport for good and as a proud Hull-based company we want to work with and support our local teams, from grassroots right up to the top divisions.  It also means we can get our charity, the 360 Foundation, in front of many more local businesses.”

Nick Derbyshire, Commercial Manager for Hull FC, who are currently in fifth position in the Super League, said:

“We are delighted to welcome 360 Chartered Accountants on board as a sponsor and look forward to working with them throughout the 2022 season. We hope our partnership will also help raise the profile of their fantastic new charity which supports young people within our local community to access grassroots sports.“