Business of the Year win for SBD Apparel 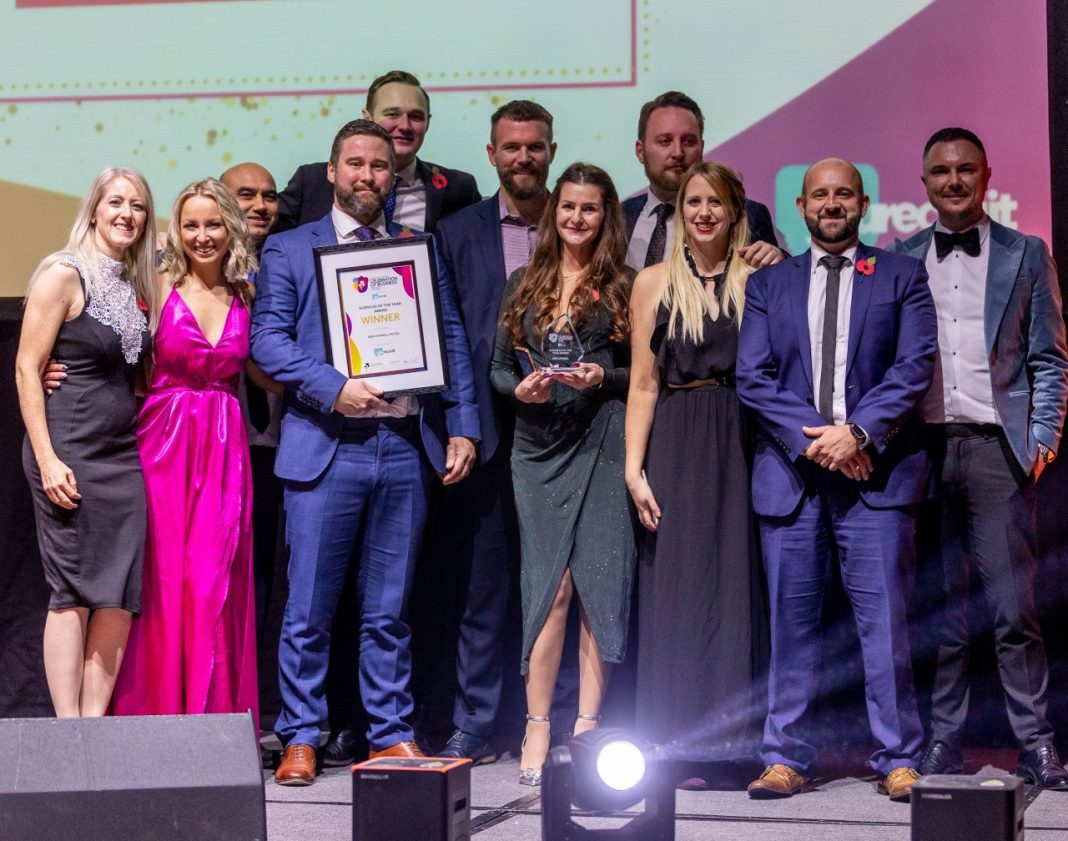 A sports clothing manufacturer which is set to create more than 200 jobs over the next five years has been crowned Business of the Year at Barnsley & Rotherham Chamber’s Celebration of Business Awards, in association with Glu Recruit.

SBD Apparel, which counts elite strength and fitness athletes across the world amongst its growing client base, as well as being synonymous with the World’s Strongest Man Competition, proved to be a worthy winner of the title of Business of the Year after successfully opening a new manufacturing hub at Rotherham’s Advanced Manufacturing Park.

The glittering event took place at Magna and saw around 500 members of the local business community come together to create a party-like atmosphere, complete with its own light show, aerial dancers, fire eaters and much more. Hosted by Life on Mars and Emmerdale star Dean Andrews, the event saw nine awards presented on the evening, recognising the efforts of all aspects of the business community: from apprentices and new entrepreneurs taking the first tentative steps in their chosen vocations to businesses which have gone above and beyond the call of duty when it comes to staff development, customer service and growth.

The charity and not-for-profit sector were also rewarded, with all finalists and highly commended entrants receiving cash prizes to support their work. The overall title of Charity of the Year was presented to Rotherham Rise in recognition of its efforts to support victims of domestic abuse and child sexual exploitation.

Longstanding businesses were also recognised, for their commitment to supporting the local economy, with certificates presented to HLM Architects (40 years), Rush House (40 years), Airmaster (30 years) and The Source Skills Academy (20 years), and special recognition was also given to four recipients of the Queen’s Award for Enterprise over the past twelve months: AESSEAL, Cooper Turner Beck, Corrosion Resistant Materials, and Waterman Corporate Enterprises.

Joada Allen, president, Barnsley & Rotherham Chamber, said: “I would like to congratulate every business who was shortlisted, highly commended, and won awards during our evening. It’s great to have our awards back and it was clear not only from the numbers of entries we received but the quality of the submissions that there has been some incredible work delivered by businesses in Barnsley & Rotherham and the wider region over the past twelve months.

“In business we must be brave enough to take a calculated risk, to sometimes fail and start again, but with the right mindset and support from organisations like the Chamber of Commerce, we can all play a part in building a brighter future for our region.”