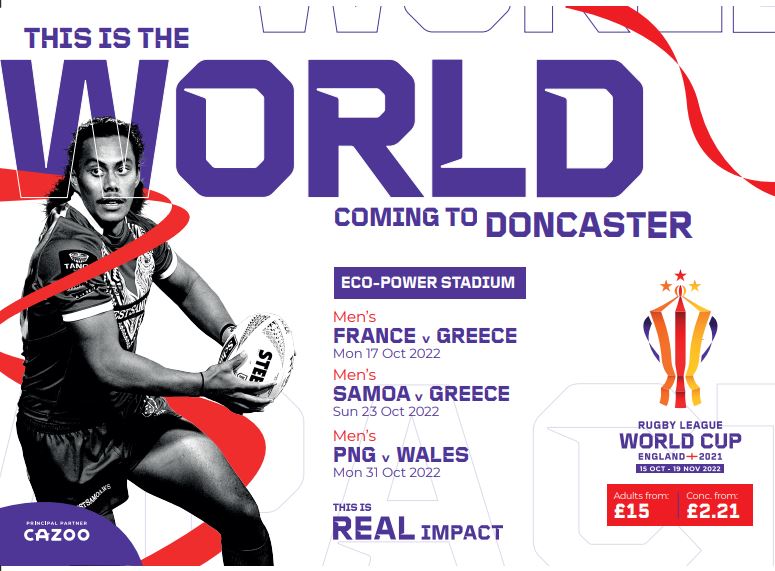 Doncaster is set to host three fixtures of the Rugby League World Cup 2021 and bring top class international rugby league to South Yorkshire. The tournament was postponed in 2021 due to Covid-19 and will now be held between Saturday 15 October and Saturday 19 November 2022.

Doncaster’s three fixtures and revised dates are confirmed as:

For all the latest ticket information, head to RLWC2021 Tickets

What’s more, Doncaster will be hosting the Samoan team during the tournament!

Set to be the biggest and best Rugby League World Cup in history, the inspirational moments of England 2021 will capture the imagination of all.

The RLWC2021 tournament, for the first time, will see the Men’s, Women’s and Wheelchair competitions staged in a single, celebratory event, culminating in an epic Finals Weekend to crown the champions of each. The host country is England and Doncaster will host three group stage matches at the home of Doncaster Rugby League Club – The Eco-Power Stadium.

More teams than ever will compete to be crowned Rugby League World Cup Champions with four pools of four nations competing in up to 14 stadia.

Head to Rugby League World Cup 2021 to find out the latest news and ticket information.