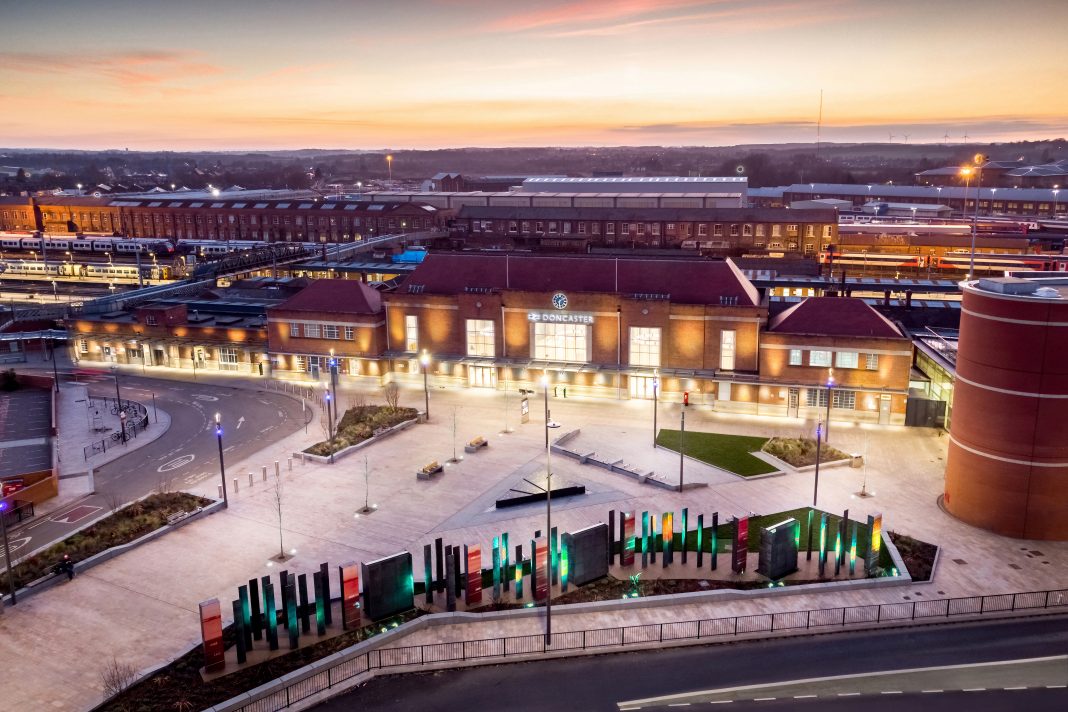 Doncaster has won city status as part of the celebrations for the Queen’s Platinum Jubilee.

After a bid with support from residents and businesses across the borough and the region, Doncaster was given the honour along with 7 other locations.

The Platinum Jubilee Civic Honours Competition required applicants to demonstrate how their unique communities and distinct local identity meant they deserved to be awarded city status. They were also required to highlight their royal associations and cultural heritage.

Team Doncaster, which is made up of the main public sector organisations and businesses across the borough, put the city status bid together to showcase the pride in Doncaster, its achievements, its future aspirations and to outline why the borough should be given this accolade.

The judging panel highlighted the following as reasons why the bid was a winning one:

Community spirit – Doncaster’s community spirit and resilience was demonstrated during Doncaster Floods in 2019 as the community rallied to provide relief. It has more than 70 places of worship and spirituality, with its mosques and gurdwaras serving as pop-up vaccination centres during the COVID-19 pandemic.

Rich history – Originally a Roman settlement, Doncaster is almost 2000 years old. Its industrial heritage is built on rail and coal, with The Flying Scotsman and The Mallard both built there. Doncaster is synonymous with the St. Leger, founded in 1776 and the oldest classic horse race in the world.

Royal link – The link between the Royal Family and horseracing is central to the relationship between Doncaster and Buckingham Palace, with regular attendance and involvement in the St Leger Festival by the Royal Family. The Prince of Wales (later George IV), The Duke of Clarence (later William IV), Queen Victoria, King Edward VII, King George VI and Queen Elizabeth, The Queen Mother, and HM The Queen have attended the St Leger Festival.

Mayor Ros Jones said: “This is brilliant news for Doncaster. I am utterly delighted that our borough has been recognised in this way as part of the Queen’s Platinum jubilee.

“To become one of the UK’s newest cities underlines our firmly held belief that we think, act and feel like a city. I’ve said for a long time that we are a city in all but name and now we can proudly say that Doncaster has achieved city status.

“This royal seal of approval will mean we can continue with our vision to drive our borough forward and realise our aspirations. Being a city will help boost the profile of Doncaster on many different levels from attracting new and growing business, underlining Doncaster as a tourist destination, upping our role on the national stage and giving us a stronger voice.

“I would like to personally thank Dan Fell, the Chief Executive of Doncaster Chamber for his leadership of this bid, and proof of what we can achieve when we work together across the Team Doncaster partnership.

“Thank you to everyone who has supported our bid across Doncaster and who, like us in Team Doncaster, want Doncaster to be recognised for how far we have come and our exciting future ahead. Congratulations too from Doncaster to all of the other city status winners.”

Speaking about how this will benefit the wider region, Dan Fell, Chief Executive Officer of Doncaster Chamber, said: “The campaign to earn city status is one that we have been pursuing for a long time and it is tremendously gratifying to see all that hard work pay off.

“With both Doncaster and Sheffield, the South Yorkshire region is now home to two cities, which means that we will have an even bigger seat at the table when it comes to engaging national government. With this enhanced platform, we will be in a better position than ever before to drive the levelling up agenda in South Yorkshire, to hold policy-makers to account and to fight for the interests of our business communities.

“What’s more, the addition of another city in South Yorkshire will help bring more inward investment to the region, as we will have increased prestige and will be recognised as a more attractive prospect for those outside the UK, who are looking for places to conduct their trade.

“With a leading airport, strong connectivity to the rest of the country, established inks in the rail industry and now official city status, Doncaster is truly developing into a fantastic place to do business. We really have come a long way in the past few years.

“I am looking forward to an even more prosperous future for South Yorkshire now. We’re going to see huge reputational and economic benefits from this, attracting more businesses and skilled workers into the area. I would also take this opportunity to offer my deepest thanks to all the businesses and residents who got behind this campaign and lent their voices in support of it. They exemplify the ambitious communal spirit of Doncaster and this would not have been possible without their vital contributions.”