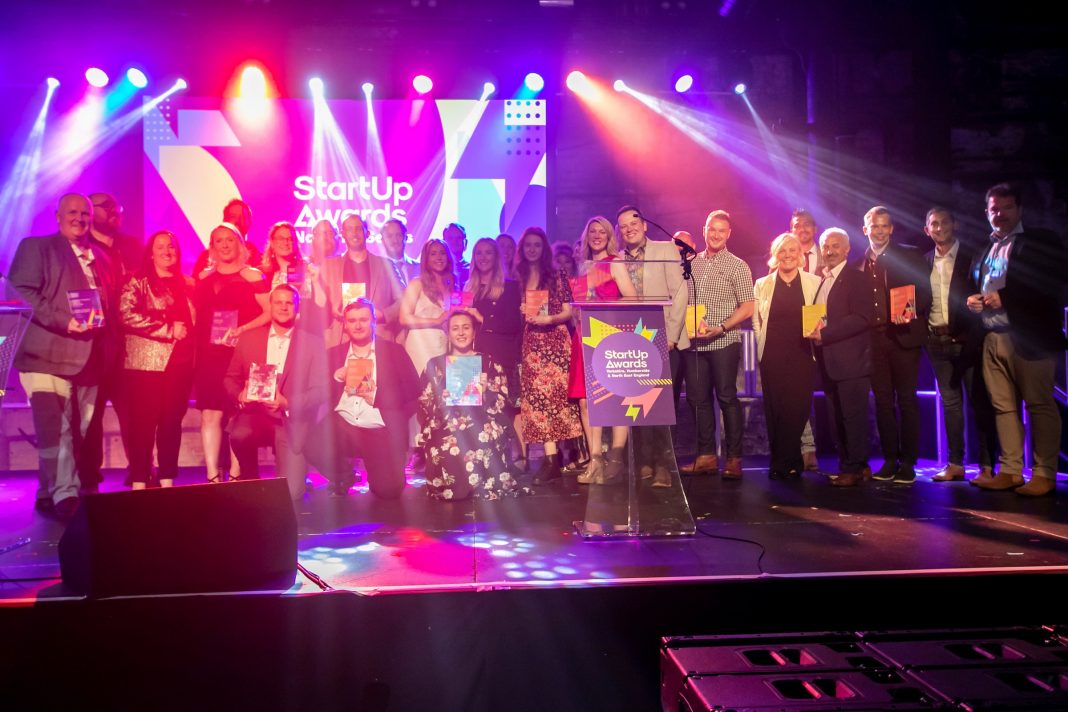 The most promising new businesses in the North East, Yorkshire and the Humber have been recognised at a new awards ceremony last night. The StartUp Awards National Series debuted this year to highlight the dynamic startup scene across the country that skyrocketed during the pandemic, and has been rolled out in nine UK nations and regions, supported nationally by BT, Clearco, Dell Technologies & Intel, Moblox, Fearless Adventures and with regional support from Moja Group.

The awards were judged by a panel of prominent local judges, including Mark Roberts of Beer Hawk, Sophie Milliken of Moja Group and Jonathan Grubin of SoPost.

The Startup of the Year for the North East, Yorkshire and the Humber was won by Power Sheds, a manufacturer of garden sheds, log cabins, summerhouses and potting sheds. Based in Bradford, Power Sheds were set up in 2019 by Jack Sutcliffe and Simon Hobson who developed a product range which could fit on a pallet and be delivered anywhere in the UK within 24 hours. It has since grown to employ 70 people manufacturing 800 sheds per week.

Originally formed as the Wales StartUp Awards in 2016, the Awards Series has joined forces with the Great British Entrepreneur Awards to take the celebration of newly formed businesses nationwide. Creator of the awards Professor Dylan Jones-Evans OBE said the inaugural event not only celebrated the best new firms in Scotland but recognised the amazing entrepreneurial talent across the nation.

Dylan said: “We’re so proud of the amazing reception the first year of the StartUp Awards National Series has had across the country, from initially calling for entries right up to awards night. There are some exceptional stories of dedication and passion from founders of new firms from across the region and it was an honour to showcase these local entrepreneurial heroes in Newcastle last night.”

“What we have seen from every entry this year demonstrates that we have incredible businesses created and run by incredible people. Not only are they creating wealth and employment in their local communities, but they are all inspirational role models for others to follow in their footsteps.

“A huge congratulations to all the category winners and especially to the team at Power Sheds in becoming the Start-up of the Year who have grown the company so quickly in such a short space of time. They, and many of the other winners, are going to have a major impact on their sector in years to come and we look forward to seeing what’s next for these amazing entrepreneurs and their businesses.”

North East, Yorkshire and the Humber StartUp of the Year

Business-to-Business Services StartUp of the Year

Consumer Services StartUp of the Year

Construction and Building Services StartUp of the Year

Creative StartUp of the Year

Digital StartUp of the Year

Food and Drink StartUp of the Year

Graduate StartUp of the Year

Green StartUp of the Year

Innovative StartUp of the Year

Leeds StartUp of the Year

Manufacturing and Engineering StartUp of the Year

Medtech StartUp of the Year

Mobile and Emerging Technologies StartUp of the Year

Online Retail StartUp of the Year

Professional Services StartUp of the Year

Rural StartUp of the Year

Social Enterprise StartUp of the Year

Tourism and Leisure StartUp of the Year

Young Entrepreneur of the Year