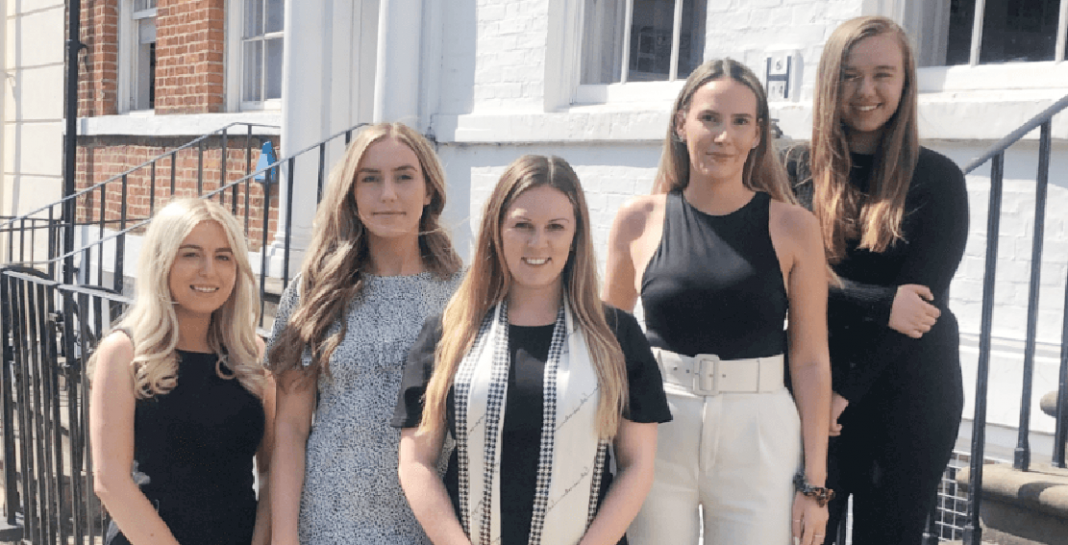 Client Services Director Sophie Holmes, who leads 360’s team of accountants, trainees and apprentices, said:“These promotions are testament to everyone’s hard work and dedication. At 360, we strongly believe in mentoring and supporting our team and developing their careers. As we continue to expand, it’s important to ensure we are building a strong team – and we are confident we are doing just that.”

Olivia Sutton joined 360 straight from school as an apprentice four years ago. She is now a part-qualified accountant, having passed her final AAT (Association of Accounting Technicians) exams last year. She is currently studying for her ACCA (Association of Chartered Certified Accountants) qualifications to become fully qualified as a chartered accountant.

Hannah Lawton, who is also studying for her ACCA qualifications, was appointed in January to work in the 360 accounts team after three successful years at a firm in Driffield.

Leah Sanderson joined 360 as a trainee accountant last year, initially spending time with the firm’s Charities and Corporate team before working across all accounts departments to gain experience in all aspects of accountancy.

Meanwhile, Rebecca Cole joined 360 as an apprentice after completing her GCSEs five years ago. She has almost completed her AAT apprenticeship and will then move forward to her chartered accountant qualifications.