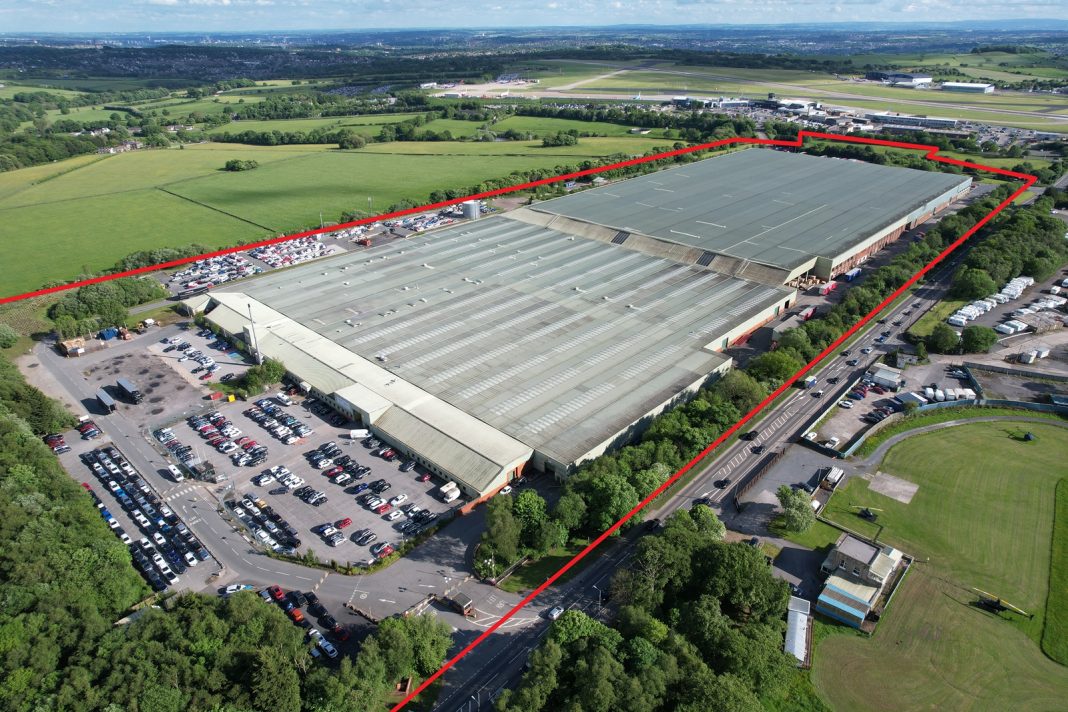 One of the region’s largest industrial and distribution estates that spans more than 60 acres and played a pivotal role in reinforcing Britain’s military strength in the sky during World War Two, is for sale for the first time since 1969.

The estate, which is accessed directly from the A658 Harrogate Road via two manned gatehouse-controlled access points, provides accommodation in 15 units ranging in size from approximately 25,000 sq ft to 150,000 sq ft. Tarmac estate roads encircle the entire site, providing vehicle and HGV access to all areas and units. The estate currently has seven tenants, with a total passing rent of over £2.9 million per annum.

Leeds Bradford Airport Depot was originally built by the Avro Aircraft Company and between 1939 and 1946 it became a ‘shadow factory’ with its roof camouflaged in grass, complete with imitation farm buildings and dummy animals. This meant from the sky it looked like agricultural land rather than the largest industrial production centre in Europe, which it quickly evolved into.

The estate contributed to the war effort on a colossal scale with around 700 Lancaster Bombers and 4,500 Ansons built at the site by a 17,500 strong workforce. The remains of the taxiway from the factory to the main airfield, which later became Leeds Bradford Airport, are still visible.

The property has been substantially adapted and modernised during its ownership by Broadland Properties Group, in order to meet tenant and occupational requirements.

James Hill, director at Broadland Properties, said: “Leeds Bradford Airport Depot has been a long-term hold for us, and continues to be a reliable and substantial cash generator for the group, as it has over the period of our ownership. As our group investment criteria and requirements change, we are pleased to offer Leeds Bradford Airport Depot to the market, to begin the next phase of its exciting history.”

“The development has more than stood the test of time, and continually attracts and retains strong national tenants including the likes of APCOA, VPK Packaging, Jet2, VLT Logistics and Toyota Tsusho. The site could also offer a substantial income producing asset management or major redevelopment opportunity, subject to planning, and we’re therefore anticipating strong interest from regional, national and international investors.”

GV&Co is instructed to seek offers in excess of £30 million, subject to contract and exclusive of VAT. A purchase at this level would reflect a net initial yield of 9.07% and a low capital value of £24 per square foot.