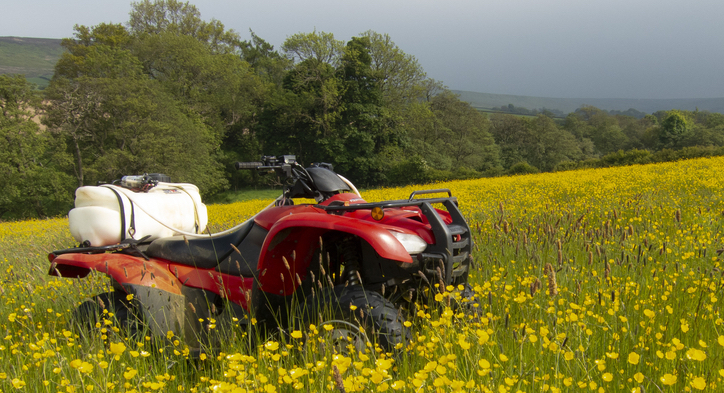 The NFU has been working together with MPs and other organisations to produce the Equipment Theft (Prevention) Bill, aimed at unlocking new powers for the Secretary of State to tackle the resale and theft of farm equipment.
If the Bill completes its journey through the House of Commons and House of Lords and becomes law, the Home Secretary will have the power to make regulations that deter the theft and resale of Quads and All-Terrain Vehicles.
This year has seen a huge uptick in rural crime incidents, with NFU Mutual’s 2022 Crime Report indicating that the cost of rural crime has risen by more than 40% in the first quarter, with Quad and ATV theft totalling £2.2m in the previous year.

Shipping delays and the effects of Covid and Brexit are contributing to a rise in demand for both new and second-hand farm machinery. As waiting lists grow and market values soar, thieves are seeing quads and ATVs as expensive, easily portable, hot ticket items with a ready resale market in this country and abroad.

The NFU has been working closely with the Home Office on the new Bill, along with NFU Mutual, and other key stakeholders, as well as facilitating meetings between insurers, police leaders, security companies and manufacturers to identify solutions.

The Bill has now passed its second reading in the House of Commons; this was the first time MPs had the opportunity to debate the detail behind the Bill. The committee stage follows next – this is the chance for any amendments or changes to the Bill to be debated.

The NFU will continue to monitor the Bill as it progresses through parliament and hopes the that the government will support the passage of this Bill.

However, we would like to see the scope of the Bill widened in secondary legislation to include other agricultural equipment, with the theft of GPS systems, tractors and trailers reportedly costing NFU Mutual £9.1 million in 2021.