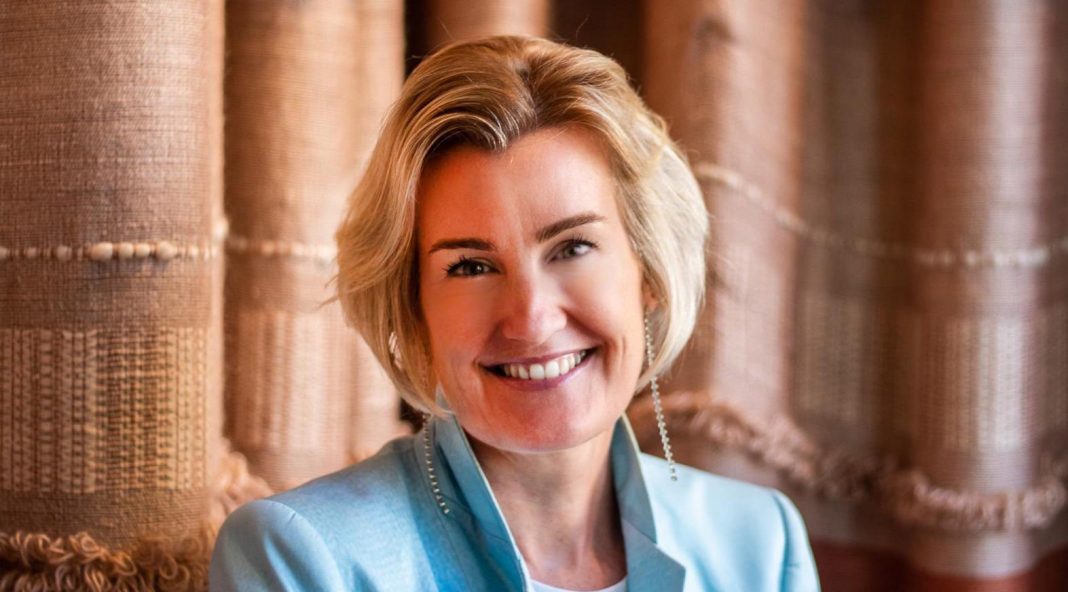 The outlook for business remains bleak, according to BCC Director General Shevaun Haviland, pictured, having studied the results of the organisations latest survey of 5,600 firms, more than 90% of them SMEs.

She said:     “The outlook from businesses remains bleak. Now, more than ever, we need to create the right conditions for firms to invest and grow.

“Providing businesses with clarity regarding the new energy support package must be top of the Government’s agenda for the New Year, after they failed to do so before Christmas.

“We urge Government to promote business growth by investing in public infrastructure and incentivising international trade, with a particular emphasis on making the UK the global hub for green innovation.

“Barriers to trade must be removed in order to allow firms realise their full trading potential. The impasse over the Northern Ireland Protocol continues to loom and the UK Government must work with the European Commission to reach a negotiated solution on its business compliance burdens.

“The Government’s New Year’s resolution should be to put business support for SMEs at the heart of its agenda and get the UK back on the road to recovery.”

The survey revealed that business confidence, conditions and sales have stabilised at low levels, while inflation remains the top external factor of concern.

The research took place between November 7 and November 30, across the period the Government’s Autumn Statement was announced.

Activity in the retail and hospitality sectors remains particularly weak. Both sectors are firmly in ‘negative territory’, with more firms reporting a decrease in sales than an increase over the past three months.

The hospitality sector is also struggling to operate at full capacity; three quarters (74%) of hospitality businesses reported they are operating below capacity.

Only 24% of business said their cash flow has increased over the last three months, while 30% have seen it decrease.

After business confidence plummeted in Q3, firms continued to report a negative outlook for the future in Q4. Less than half (44%) of firms expect their turnover to increase over the next 12 months, while 25% expect a decrease. Those expecting turnover to increase remains ten percentage points down from a level of 54% in Q2 2022.

Profitability confidence remains much weaker than turnover confidence and has stabilised at Covid-crisis levels. Only one in three (34%) businesses believe their profits will increase over the coming year, while 36% now expect a decrease.

Increases to business investment remain low. Only 21% of firms reported an increase to plant/equipment investment over the past three months, while 57% reported no change, and 22% reported a decrease.

The percentage of firms expecting their prices to rise over the coming months (60%) remains near record highs but is showing slight signs of easing, down from 62% in Q3.

Concern about inflation also remains at record highs; 80% of firms cited inflation as a growing worry to their business. But there are also significant jumps in the percentage of firms concerned about taxation (38%) and interest rates (43%).

David Bharier, Head of Research at the BCC, said:     “These results provide further confirmation that business conditions deteriorated significantly in the second half of 2022.

“Business confidence remains worryingly low, with only a third of firms reporting improvements to sales, and less than a quarter reporting increased investment. The widespread economic damage caused by Covid shutdowns has been compounded by subsequent inflation, global trade crises, and new trade barriers with the EU. For many SMEs, the cost of doing business is now simply too high.

“While the change in administrations from Truss to Sunak may have stabilised markets, the Autumn Statement on 17 November appears to have had no impact on business confidence. Indeed, while inflation is still by far and away the top concern for businesses, taxation has now become far more of an issue for SMEs.

“These results reaffirm the need to create a stable environment for businesses to invest, with energy, improvements to infrastructure, access to skills, and removal of trade barriers, particularly with the EU, all top priorities for firms.”