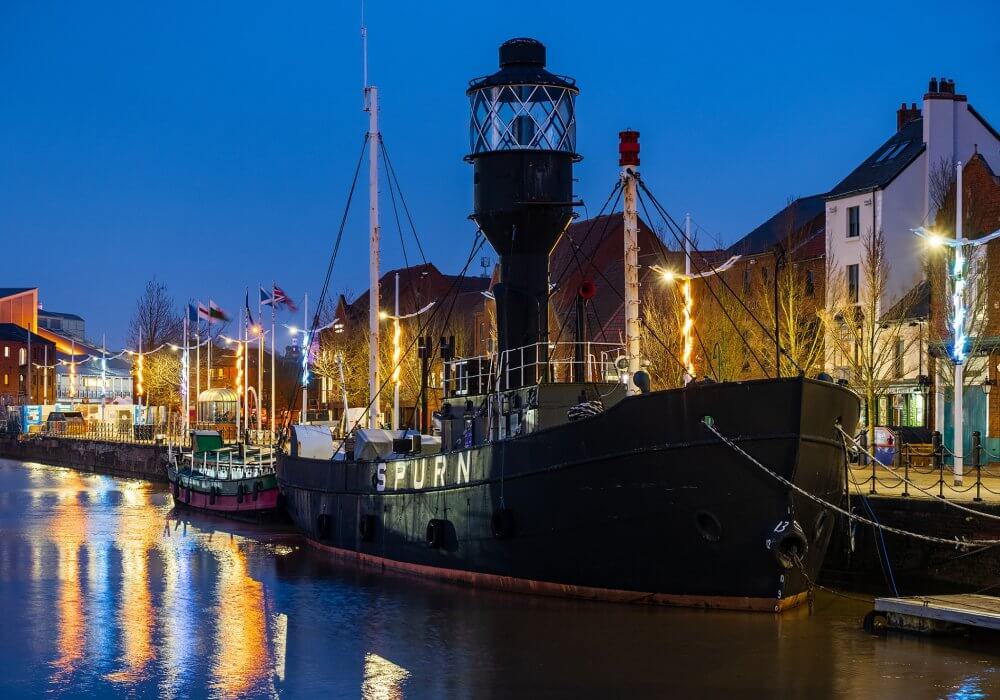 Hull-based engineering company Spencer Group is delivering a new permanent base for an iconic vessel as part of a major regeneration project in its home city.

Spencer Group has been awarded the contract to build a wet berth for the Spurn Lightship in Hull Marina.

The new dock for the cherished vessel will form an important part of the Hull City Council-led Hull Maritime project.

It involves the refurbishment of the Hull Maritime Museum and the restoration of two historic ships – the Arctic Corsair and the Spurn Lightship.

The lightship was built in 1927 and served for 48 years as a navigation aid in the approaches of the Humber Estuary. It was decommissioned in 1975 before being bought by Hull City Council and moved to Hull Marina as a museum.

It has been closed since 2018 but is now expected to reopen in its new home in the north-west corner of the marina, close to the Murdoch’s Connection footbridge, next summer.

The delivery of the wet berth is the latest in a portfolio of marine projects delivered by Spencer Group, which include significant port infrastructure works.

Richard Green-Morgan, construction director for Spencer Group, said: “Spencer Group is delighted to have been awarded the contract to provide the wet berth for the Spurn Lightship.

“We’re excited to be a part of the transformative Hull Maritime project in our home city and proud to aid the return of the iconic Spurn Lightship vessel to the marina, for residents and visitors to enjoy.

“As a leading multi-disciplinary engineering company, we deliver major projects across the UK and the world, but we always enjoy working on our own doorstep.

“We hope to carry out some early investigation works before Christmas, with the main works beginning in January.”

The works will include dredging of the berthing area and the installation of five mooring piles and a concrete bankseat, as well as a steel walkway to allow access onto the lightship once it has been moved into place.

The majority of the works will be carried out from floating pontoons. The bankseat will be constructed on land and will require a short pedestrian diversion to allow access to the area.

Work to restore the lightship is in its final stages and is expected to be complete in the coming months. The ship will then move to a temporary home on the marina until the new dock is scheduled to be complete next spring.

National Highways, which is carrying out major improvements to the A63 Castle Street route in and out of Hull, has awarded Hull City Council over £1m through its Designated Funds programme for the delivery of the wet berth.

Councillor Mike Ross, leader of Hull City Council, said: “The appointment of Spencer Group is excellent news and an important step for the Hull Maritime project.

“Work will get underway shortly and, once complete, the lightship will open for visitors again for everyone to enjoy and explore in its new home.

“I’m really looking forward to seeing the Spurn Lightship restored to its former glory in a fantastic new setting, delivered by Spencer Group.”