Tourist attraction extended thanks to steel from Scunthorpe 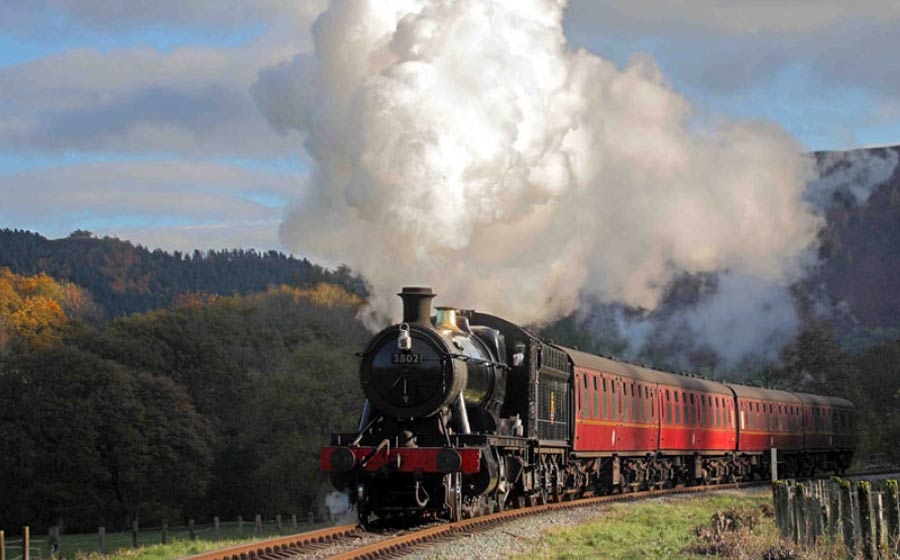 One of North Wales’ premier tourist attractions is about to get bigger thanks to Scunthorpe-made rail, which is being used repairs that will extend the Llangollen Railway by 2.5 miles through stunning countryside.

Terry Pickthall, Llangollen Railway Press and Communications Officer, said: “The Llangollen Railway is the only standard gauge heritage railway in North Wales and runs through the beautiful Dee Valley, an Area of Outstanding Natural Beauty. The railway starts at Llangollen Station in the heart of Dee and then continues for 7.5 miles upstream following the River Dee to Carrog. The views from the carriages are just breath-taking and constantly changing from season to season – you’ll see the first spring lambs and the ever-changing colours of the beautiful vista.”

The new track will enable the journey to be extended to 10 miles when the brand-new Corwen Station is opened later this year. “It’s been a 10-year project,” said Terry. “Most of the work has been completed by volunteers, it’s a true labour of love.”

The former British Rail Ruabon to Barmouth line closed to passenger traffic in 1964 with goods traffic ending 4 years later. In 1975, the heritage railway was started by a group of enthusiasts who saw the potential for a scenic line through the Dee Valley. Terry said: “When the line finally closed in 1968, the track, signalling and much of the infrastructure was removed or demolished quickly after. Llangollen, Berwyn and Carrog Station buildings survived, albeit in a state of disrepair. It’s thanks to the hard work and vision of these enthusiasts that we have this fantastic heritage line today.”

Getting the track in order has demanded a high level of commitment and determination. Berwyn Station was reached in 1985, Deeside in 1990, Glyndyfrdwy in 1992, Carrog in 1996 and Corwen East in 2014, with the new Corwen Central Station expected to open in 2022.

John Austin, British Steel Commercial Manager, said: “We supply our rail products around the world for many different applications. Helping a heritage line like Llangollen continue to serve its local communities and visitors to this stunning area is really heartwarming. I’m very proud that Scunthorpe steel is playing its part in Wales’ ongoing railway history.”