Transformation on the cards for landmark Leeds office building 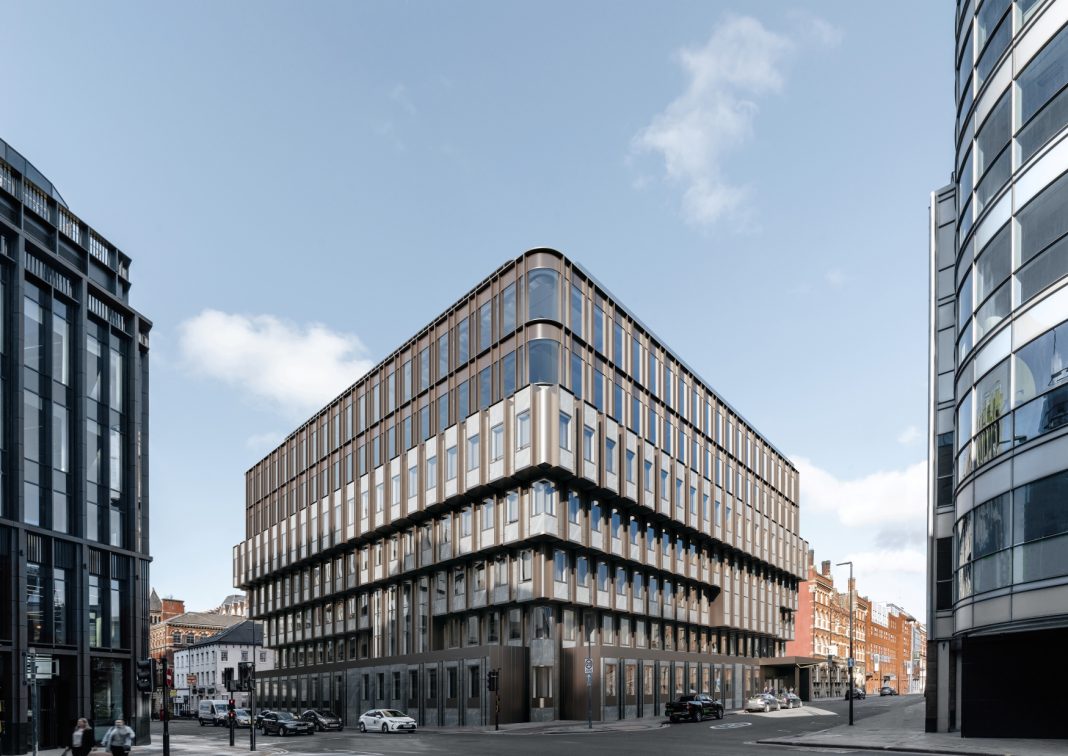 A planning application has been submitted to rejuvenate a landmark office building in Leeds City Centre, to give it a sustainable future.

Palace Capital plc has put forward plans to transform Bank House on King Street, upgrading the existing office space and adding a complementary three storey extension to the top of the iconic building.

Once completed, over 110,000 sq ft (net) of carbon neutral office space will be created. The formation of a new eight storey atrium is central to the proposals and is intended to be a dramatic circulation space at the building’s heart.

The existing building is let on short term leases, but the building will not meet new and emerging Government sustainable regulations in the future if no changes are made. The proposals will transform the building into an exemplar development and is set to attain sustainable standards beyond Leeds City Council policy requirements and achieve BREEAM Outstanding and EPC A ratings. Reaching this EPC A Rating would put the revamped Bank House in the top 3 per cent of commercial buildings in the UK.

The embodied carbon assessments, submitted as part of the planning application, shows a 7,884-tonne operational saving over a 25-year period and an overall saving of 1,690 tonnes, when embodied carbon from the proposed works is taken into consideration.

Bank House was purpose built for the Bank of England between 1969-1971 and was given Grade II listed status in 2015.

Architect Fuse Studios has redesigned the building to create a more active street frontage and a rooftop extension which complements the existing building’s striking façades. There has been constructive pre-application consultation with Leeds City Council and Historic England.

Richard Starr, executive property director of Palace Capital plc, said: “We are very excited to be able to transform this iconic building and make it fit for the future, whilst retaining and safeguarding the key elements that make it a Leeds City Centre landmark.

“Our objective is to create Grade A office space and continue the ongoing renaissance of the City Centre by targeting a range of occupiers that demand the highest standards in sustainability and working environment.”