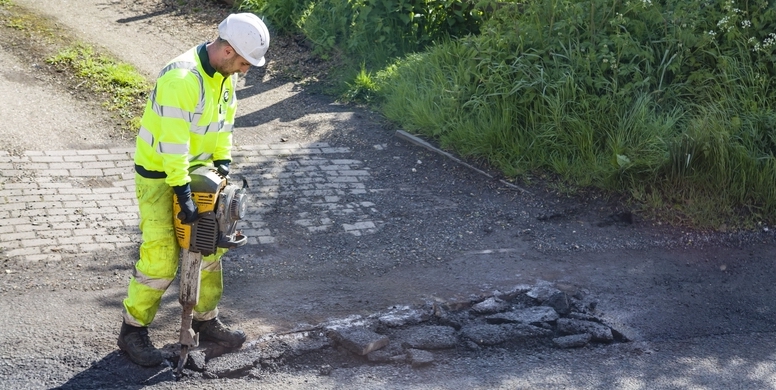 The government is to introduce new measures to penalise companies responsible for leaving potholes on the country’s roads after carrying out street works.

A new performance-based inspections regime will be introduced, where the worst performing utility companies whose road works fail to meet strict standards will face financial penalties. These companies will go on to be inspected more regularly by local authorities to ensure their work meets rigorous criteria and they leave roads in a good condition.

It is expected the new law change could prevent thousands of potholes being left behind by utility companies nationwide and will ensure more roads are resurfaced to a high standard. This will spare motorists from damage to car tyres or suspension caused by driving over potholes, saving money on expensive repairs.

The new regime supports the government’s commitment to improving transport and infrastructure at a local level, ensuring people across the country can more easily access local work, education and opportunities while reducing car maintenance costs.

Transport Secretary Grant Shapps said: “The plague of potholes is the menace of our roads. That’s why I’m ensuring companies who create them and leave roads in a poor state can be held to account more easily – protecting drivers from unfair repair costs.

“We’ve already invested billions of pounds into roads maintenance, helping local authorities keep their highways well maintained and I’ll continue working to make sure all road-users around the country can enjoy the safe, world-class infrastructure they deserve.

RAC Head of Roads Policy Nicholas Lyes said: “While roadworks are frustrating at the best of times, it’s even worse when utility companies leave roads in a sub-standard state when the temporary traffic lights are finally removed.

“Poorly carried out reinstatement work very often leads to road surfaces breaking down, unnecessarily causing potholes much to the annoyance of drivers.

“Introducing a performance-based inspections scheme should force utilities companies to raise their game and should ultimately lead to smoother and safer journeys for all road users.”