Victorian mansion with planning permission goes under the hammer 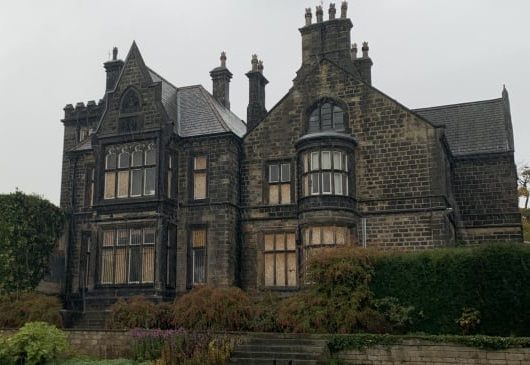 Micklefield House, a Gothic-style Grade II Listed Victorian mansion in Rawdon owned by Leeds City Council, is to be put up for auction next month with planning consent for redevelopment to eight residential apartments.

A family home until the 1930s, Micklefield House belonged to early photographer and Bradford Mayor John Godwin whose son John also went on to become the first Lord Mayor of Bradford in 1907. The house was extended in 1872 by Bradford textile merchant and Rawdon councillor Thomas Arton.

The building retains many of the original features from its previous residential use including an imposing Baronial-style first-floor ballroom, richly moulded cornicing, painted-glass windows, and Victorian fireplaces.

Paul Thompson, director at Pugh, said: “This striking gothic-style building is a landmark building which so many people will know. With planning consent already in place for the development of eight apartments with parking, we have already had substantial interest in this unique residential development opportunity.

“This is a fantastic opportunity for an ambitious developer and needless to say, Rawdon is a great location with easy access to both Leeds and Bradford, as well as the airport.”

In 1930, Micklefield House was bought by Rawdon Council for £4,500. Seven years later it became the headquarters of Aireborough Council, finally becoming Leeds City Council offices in 1974.