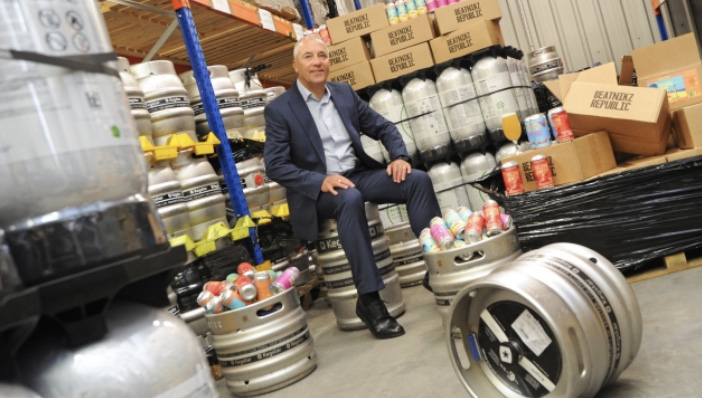 Buyers are being urgently sought for a huge stock of beer brewed by defunct Beatnikz Republic Brewing Co which ceased trading in April this year.

Liquidators at Begbies Traynor say there are about 300 barrels of beer and hundreds of cans of craft ale left over following the demise of the award-winning brewery.

The beer, currently in a bonded warehouse in Manchester, is a mix of craft ales including IPAs, Pale Ales, Stouts and specialist fruit-based beers with names like Beach Bum, Oblivion Now, Miami Amor and Chocolate Fudge Cake.

Paul Stanley and Jason Greenhalgh of Begbies Traynor have been appointed as Joint Liquidators of Beatnikz Republic Brewing Co. They say the stock is a good opportunity for someone in the trade as they seek to recover funds for creditors of the company.

Mr Stanley of Begbies Traynor, said: “We’re looking for someone in the trade to see the opportunity, step forward and buy the bulk of the stock that’s left over in this treasure trove of ale. At this stage we estimate there’s almost 20,000 pints of craft ale sitting here and we’ll supply a full inventory upon request. It would be good for a trade buyer such as a freehouse, independent bar or organised beer festival.

“Plenty of the beer has a 2023 ‘best before’ date. Buyers would have to collect the barrels and kegs and the price of the beer reflects this logistical challenge. This beer was commonly retailing at around £6 a pint in the Northern Quarter but we’re looking for around £1 a pint which includes the duty that needs to be paid.

“The company was hit hard by the impact of lockdown restrictions, rising transport costs and inflation. Its primary customers were licensed premises across Manchester city centre and in particular in the Northern Quarter from where they were able to grow good awareness of their brand locally and even internationally.

“This case highlights the challenging times faced by many in the hospitality trade. It’s not the first brewery we’ve been appointed to in recent times and it certainly won’t be the last in this kind of inflationary economic climate.”